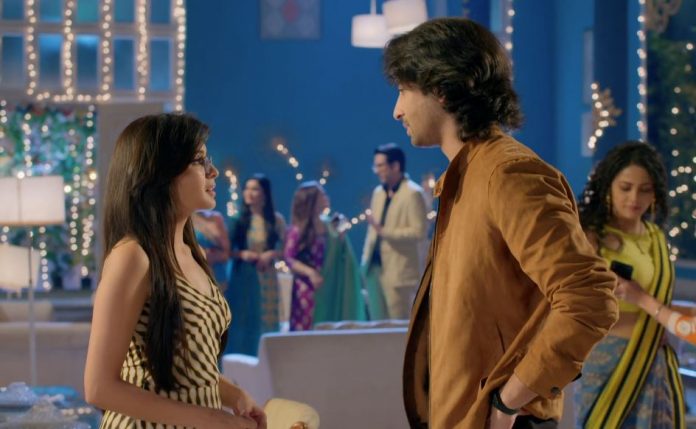 Rishtey Pyaar StarPlus Tonight Mehul huge evil plans Mehul is fooling Abir by acting like a great man. He tells Abir that he doesn’t want to hurt Meenakshi. He tells how much he respects Abir. Abir feels Mehul is guiding him rightly. Kuhu prepares for Mishti’s engagement. Vishwamber wants them to shop well and not think of any expenses. He asks them to come along for shopping. Abir wants to meet Mishti and end his restlessness. Kuhu tells Rajshri that Abir wants to buy the engagement ring by Mishti’s choice. Rajshri asks Mishti to go and meet Abir. Abir is thankful to Kuhu.

Meenakshi learns that Abir is going to meet Mishti. She also wants to meet Mishti and make a request. She realizes that Mishti has gone to Rajgarh to find about Mehul. Rajshri asks Mishti not to visit Rajgarh and be with Abir. She asks her not to break Abir’s trust and not go anywhere on the day of the engagement. Mishti gets in two minds. Mishti meets Abir and apologizes to him. She realizes that he is too worried. She wants to share his tensions. Abir tells her that he has hurt Meenakshi’s heart, because he wants to stay with Mehul.

He also feels the pain, after seeing Meenakshi’s love after a long time. He doesn’t like his fate that he has to choose any one person in his life. He wants both his parents and also Mishti. She tells him that they will together sort out all the problems. She asks him to always trust him. Abir tells her that he feels weak and helpless when she is away from him. She plans to visit Rajgarh post the engagement to find the truth. Meenakshi meets Mishti and tells her that Mehul is snatching her son completely. She requests Mishti to unite Abir with her.

Mishti gets blessings from Devi Maa in the form of a little girl. Mishti decides to visit Rajgarh and expose Mehul soon. Mehul plans a new game against Meenakshi. He buys a watch to workout his plan. Mishti realizes that Mehul is a threat for Rajvansh family. She meets Abir and Rajvansh family at her home. She gets happy to celebrate with them. Abir misses his family. Mishti realizes this well.

She wants to unite him with his family. Abir sings praises of Mishti. Mishti promises Nidhi that Abir will never leave the family. Nidhi gets too happy and agrees to keep this a secret. Mehul warns Meenakshi about Abir again. Mehul threatens to expose her crimes to make her business. He wants to get the property and also snatch Abir to weaken Meenakshi. Meenakshi doesn’t get scared of Mehul’s threatening. She has hopes that Abir will leave his dad when he learns his dad’s ugly truth. She gives away the property to Mehul to ge her son back.