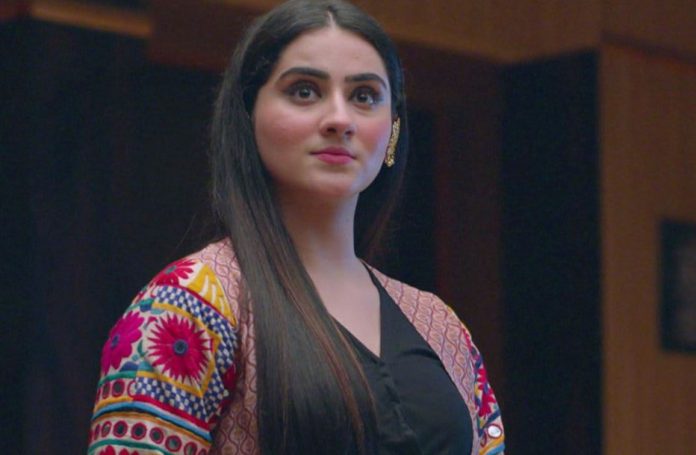 Tellyreviews Starplus Colors Prime shows Yeh Rishtey Hai Pyaar Ke: Mishti learns Mehul’s ugly truth that he is also wedded to Parul and Kunal is Parul’s son. She wants to tell the truth to Abir and save him from Mehul’s trap. She doesn’t want Mehul to rob Meenakshi’s property completely. She wants to save Rajvansh family from destruction. Mishti faces hurdles when she leaves from Rajgarh. Mishti gets surrounded by Mehul’s goons. Abir is not aware of Mishti’s problematic state. He undergoes the rituals of Tuladaan by his family. Kuhu finds Abir stressed. She comes up with the idea of Tuladaan to cheer him up. Abir and Kuhu await Mishti. Mishti fights the goons with courage. She gets help from the village women. Will Mishti reach Abir on time and expose Mehul?

Adil’s entry happens in Noor’s life. Adil and Noor’s love story begins. Adil has a liking for Noor. Adil is a positive and charming guy. He gets a warm welcome by Azaan and Shayra, who are happy to settle Noor in her new life. Ghazala traps Shayra in her words. Shayra gets insecure because of Noor. She wants Noor to marry Adil and leave from their lives. Shayra’s changed behavior troubles Azaan, who wants to give freedom to Noor to decide on her life.

Choti Sardaarni:
Param’s grandparents are claiming his custody. They are trying to keep Param away from Meher. Sarabjeet and Meher are failing to prove as good parents for Param. They decide to unite for Param’s sake, so that Param doesn’t leave for US along with his grandparents. Param wants to live with Meher, whom he loves dearly.

Yeh Jadu Hai Jinn Ka:
Aman loses his cool when the guest insults Roshni and Parveen. He gets affected by the Jinn’s presence. Aman’s truth gets revealed that he is half human and half Jinn. Roshni calms down Aman by her angelic touch. Aman apologizes to everyone. He still gets compelled by Jinn powers and attacks the guest again. He realizes that evil Jinn is overpowering him. He goes to his room to lock himself and protect his family from himself. Roshni gets insulted by Parveen. She wants to shed her background truth. She wants people to know her present, not her past. She cries her heart out. She goes to meet Aman and apologize to her.

She clarifies that she isn’t a dancer by profession, she was compelled to perform in the party by Salma. She can’t believe the sight. She finds Aman chained and also notices the fact that he is turning into a devil. She finds him hurt because of the metal chains. She heals his wounds with love. Dadi and Tabeezi hope that Aman finds true love soon so that they get rid of Jinn’s state. Aman tries to kill Roshni when he finds her close. He warns her to stay away if she wants to save her life. Roshni gets hurt because of him. Aman regrets to put her life in danger by marrying her for his own selfish motives.