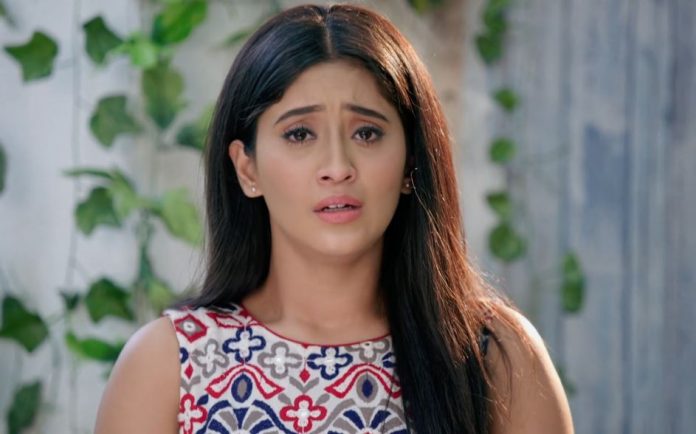 StarPlus Kaira Ronakshi Upcoming twists Naksh wants to keep Vedika informed about Naira’s stay at Goenkas. He doesn’t want Vedika to create more troubles for Naira. He fears that Vedika will blame Naira again. He doesn’t want Goenkas to misunderstand Naira. He wants to protect his sister. Goenkas keep Kartik and Naira’s marriage photos to show Kairav that they are a happy couple. They hide the truth about Vedika. They want Kairav to feel happy. Manish understands Kartik’s sorrow. Pallavi confronts Kartik for cheating his wife Vedika. Kairav wants to go to Goa soon.

Pallavi’s words shocks Kairav. Kartik and Naira fear the truth coming out. They stop Pallavi and ask her to not let Kairav know the truth. Kartik can’t lose Kairav. Pallavi changes her words and sends Kairav away. She demands to know about Vedika. She scolds Kartik and Naira for their shameful union. Kartik asks her not to blame Naira and remember her limits. She threatens to get him punished if Vedika takes any wrong step because of him. Kartik pacifies a dejected Naira. He wants to focus on his son, rather than the society’s taunts. He expects the same from Naira.

Kahaan Hum Kahaan Tum:
Rohit plans a dinner date with Sonakshi. Raima gets jealous of them. Rohit loves Sonakshi a lot. He wants to relieve her stress, which was caused by Naren’s conditions. He believes in Sonakshi’s love. Raima feels Rohit still loves her and he is mistaken that he loves Sonakshi. She recreates the same romantic moment with Rohit to remind the past. Rohit gets too angry. He didn’t expect Raima to do this. He tells her that she had already approved his relationship with Sonakshi. He asks her not to have any hopes of their reunion. He gets her to senses. He warns Raima against coming between Sonakshi and him.