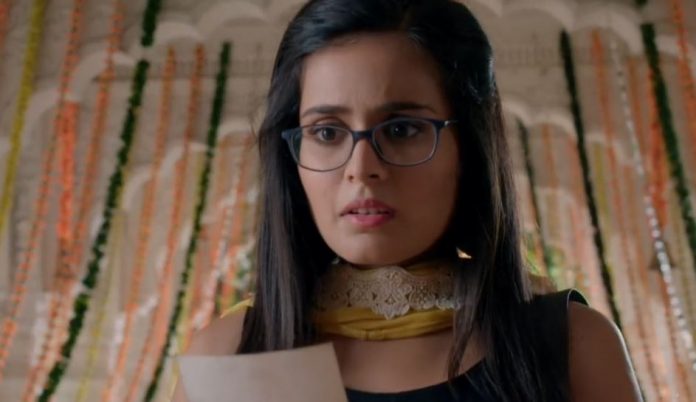 Rishte Pyar Spoiler Mishti tortured Mehul plays evil Mehul tortures Mishti by kidnapping her. Mishti doesn’t get scared of him. She gets his house on fire and leaves from the house, like a bold daring girl. Mishti realizes that Mehul is evil while Meenakshi is really good at heart, she was just protecting her family from Mehul. Mehul expresses his true side to Mishti. She tells him that he has fallen in his sight for making Abir a medium to fulfill his greed. She tells that she will end his game, she will show his true face to Abir. He tells her that he is feeling sad for her, she won’t be able to make it to reach Abir on her engagement. She tells him that she will expose his truth.

He asks her to keep quiet if she wants to be a good Bahu. He threatens her. She tells her that she isn’t a girl who will blindly follow a wrong person because of fear. She doesn’t respect him any more. She asks him to think how much Abir loves him. She asks if Abir’s love didn’t change him. He has planned to trap Abir in a fraud. He tells Mishti that he just wants Abir’s property, Meenakshi is ready to give him anything for her son’s sake. Mehul proves out to be a bad father. He has been using both Abir and Kunal to weaken Meenakshi.

He also expresses that he was wedded to Parul and cheated Meenakshi. He also admits the truth of his fraud because of which Meenakshi had ousted him. Mishti rescues herself bravely. She meets Meenakshi. She tells Meenakshi that she knows Mehul’s truth and now she will save Abir from her evil father. Meenakshi is happy that Mishti will protect Abir and not let Mehul win. Mishti wipes Meenakshi’s tears and hugs her. Meenakshi doesn’t want to share Mehul’s evil truth with her sons, knowing it will break their heart.

Meenakshi asks Mishti to keep everything a secret, else Kunal won’t be able to handle the truth. Meenakshi apologizes for hurting Mishti so much, since she was just saving Kunal from sorrow and awkwardness. She knows Mishti is the right girl for Abir. She accepts Mishti for Abir’s happiness. She doesn’t want Mehul to ruin Abir’s happiness on his big day. She tells Mishti that she is giving the responsibility of both the families’ protection from Mehul. She asks Mishti to smile and keep everyone happy.

She wants to find a solution. She asks Mishti to mislead Mehul. She tells that Mehul doesn’t know that they have united to fight against him. She tells her that she will be going to get evidences against Mehul and till then Mishti will be handling the families. Mishti and Meenakshi join hands to expose Mehul’s truth to Abir. Meenakshi takes Mishti for her engagement. She tells that Abir is waiting for her and doesn’t know about her trip to Rajgarh. They want to reach home before Mehul plays his next dirty move to win Abir’s trust.