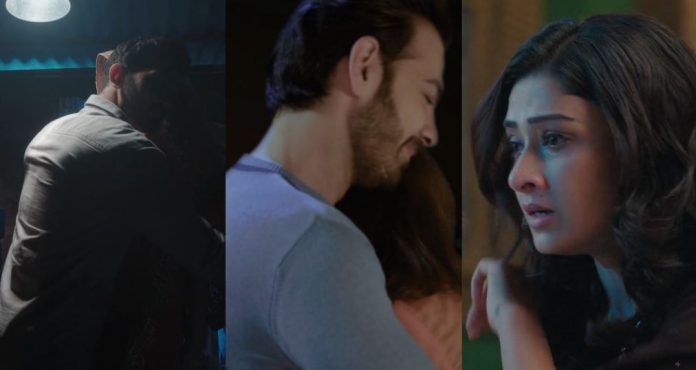 Kahann Hum StarPlus Dark twists Ronakshi wedding Rohit spends romantic time with Sonakshi. He misses her the moment she goes home. Raima is much jealous. She realizes that she loves Rohit and did wrong to give him over to Sonakshi. Mahesh also vows to get Sonakshi. He doesn’t want Rohit to become villain in his love story. Mahesh assumes his love to be true and genuine than Rohit’s love. He feels he deserves Sonakshi. Raima wants to get Rohit before his marriage. Mahesh plans to get married to Sonakshi.

Raima shocks Rohit by her disgusting move. She is mistaken that he loves her and since she was missing for long, he fell for Sonakshi. She tells him that he will also realize that Sonakshi isn’t meant for him. Rohit worries for Raima at first. When he sees her madness, he realizes she isn’t in control. He slaps her in anger to stop her. He ends all ties with Raima and feels ashamed to have friendship with her. Sonakshi misses her dad. Suman pacifies her. She asks Sonakshi if she has signed the agreement given by Naren.

Sonakshi tells her that she had the papers since such agreement doesn’t matter to her, Rohit will always be of her. Rohit makes Raima out of his room. He asks her to leave the house when his marriage function gets over.

Raima vows to ruin Rohit and Sonakshi’s marriage. She suddenly gets mad for Rohit. Rohit and Sonakshi prepare for their haldi. Raima applies haldi to Rohit and wishes him. He feels odd. Mahesh replaces the haldi and wants Sonakshi to have haldi touched by him. Sippys get the haldi for Sonakshi. Suman apologizes to Veena and admits that she had come in Sulochana’s words. Veena forgives her. She hands over Rohit’s kundli.

Moreover, Suman wants to get the Kundlis tested from her pandit. Rohit brings haldi on time, while Mahesh’s haldi bowl falls down. Rohit tells them that someone has changed the bowls by mistake. Suman is worried for the bad omen. Rohit and Sonakshi get lovey dovey again while they share the haldi. Mahesh gets frustrated because of Rohit. Suman meets her Guru ji to know about Sonakshi’s kundli matching wit Rohit. Guru ji relieves Suman of all the tensions. He tells that Sonakshi will be happy in her new life. Sonakshi enjoys her haldi with Rohit. Guru ji has seen the threat on Sonakshi and still didn’t let the tension surface. He wishes Suman and Sonakshi to pray hard and change their fate.