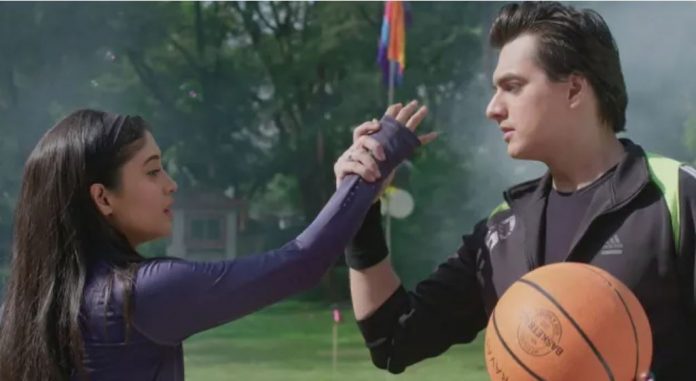 Yeh Rishta Disguised Kartik brings special twists Kartik expresses his love for Kairav, while the latter exhibits his hatred for Kartik again and again. Kairav tells Naira that they won’t be sharing the room with Kartik and instead live in Vansh’s room. Naira agrees to him. She wants to deal with him by keeping patience. Kartik is upset. He finds Kairav sleeping. He doesn’t want his life to get more complicated. Naira finds Surekha talking to someone at night. She feels weird. Kartik doesn’t want Kairav to see him. He wants to leave before Kairav wakes up.

In his attempt, he gets hurt. Naira intentionally does a drama in front of Kairav. She hurts herself, while Kartik cares for her. They want Kairav to be happy. Naira feels Kartik is doing a drama to care for her. Her words hurt him. He clarifies that he has just done a drama to conceal his care for her. Naira feels bad to doubt his intentions. Kartik prepares Kairav’s favorite food. When Kairav learns that Kartik has prepared it, he refuses to eat it. Naira handles the situation well. Kartik and Goenkas try to prove that Naira matters a lot to Kartik. Gayu and Vansh get upset on seeing everyone giving importance to Kairav.

Manish and Samarth suggest that they would spend the day by playing some outdoor sports. Naira suggests basketball match. The family disagrees. Kartik supports Naira to show Kairav that Naira’s opinion matters to him. Kartik and Naira try to change Kairav’s mind. Naira asks Kartik to get ready to lose to her team. The family gets prepared. Manish and Dadi miss Akhilesh. They regret that Akhilesh has ruined Surekha and Liza’s lives. They want him to be away from family and get punished. Naira tells Gayu about Surekha’s weird behavior. Gayu tells her that she will find out if Surekha is hiding something from the family.

Suwarna misunderstands Gayu, which angers the latter. Gayu wants the family to trust her and not be biased. Meanwhile, Kartik and Naira meet in the sports ground. They make two teams, and make kids the team captain. They use a chit method to choose the team players. Kairav doesn’t want to play with Kartik. He makes excuses to avoid Kartik. He just wants Naira in his team. Naira asks Kairav not to be adamant always. She convinces him not to trouble the family. Kartik and Naira agree to Kairav’s terms. Kartik joins Vansh’s team.

Consequently, Naira teams up with Kairav. The game brings entertaining fun for everyone. Dadi wishes Kartik and Kairav team up. Kairav feels he has done a mistake to make a team with Naira, when Kartik makes good scores. Naira asks Kairav to play cheerfully without thinking of the scores. Kartik and Naira have cute moments. Dadi tells them that Kartik and Naira were always in the same team and won. Kartik and Naira dream of a romantic moment, while the teams struggles to make their way to victory. Kartik lets Naira win the match to please Kairav. Kairav demands for a brand new Papa, while Kartik takes a funny disguise to fulfill his demand.