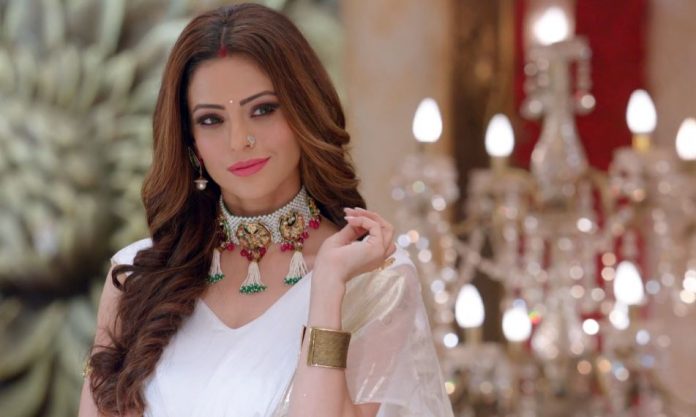 Kasautti Zindagi Starplus Komolika reboots AnuPre love Komolika meets Anurag at his office and surprises him. She hands over the file for which he is grateful. He asks her to wait for him in his cabin. She gets to see the complete office. She reaches Prerna’s cabin, but misses to see her. Prerna picks some fallen files. Anurag calls her to his cabin. He tells her that he doesn’t want to keep family pictures in his office, he likes to keep it private. She gets upset and agrees to take the picture. He tells her that he will keep the photo for her happiness. She gets happy and thanks him. She gets close to him which makes him comfortable. Prerna knocks the door to discuss work.

Anurag gets relieved and asks his wife to keep some distance in front of the staff. Prerna gets the wrong file and goes back. Komolika misses to see her once again. She thinks who had ruined her romantic moment. She wants Anurag to come home early for dinner. He asks her not to wait for him, since he is too busy in work. Komolika tells him that she will still wait for him. Prerna decides to go home with her colleague Mala. Anurag offers help to Prerna. He tells Prerna that he will drop her home. She thinks he can see her house burnt and worry. She doesn’t take his help. She manages herself. Komolika and Anurag have dinner together.

Komolika’s moment breaks because of Moloy. Anurag feeds sweets to Moloy. She angrily controls herself. She hurts herself. Anupam wants to remind Anurag about Prerna. He finds Anurag totally blank about the past. He doesn’t spoil his mood. Anurag finds the storeroom lights flickering. He goes there to fix the light. Anurag comes across some old pictures. He gets Prerna and his photo, which shocks him. He never knew that Prerna was his close friend. Anurag calls his family out to know about the photo. He wants to know the truth of his past.

Mohini doesn’t let anyone tell him. She asks Anurag what thoughts he is getting on seeing it. Anurag tells her that he feels like the picture has a hidden story. Nivedita tells him that the photo was shot in the Diwali party when he danced with Prerna. Mohini also lies to him in front of Komolika. Nivedita takes the photo from his hands. Mohini tells him that Sharmas some time attends their house party. Anurag is still confused. Komolika hugs him and reminds their love. She asks him to return her old Anurag. Anurag doesn’t feel happy. Anupam tells Nivedita that its evident that Anurag isn’t comfortable with Komolika.

She tells that such things happen between couples, Anurag needs time to accept Sonalika. Shivani answers Prerna’s phone and speaks to Mala on call. Shivani learns about Anurag being Prerna’s new boss. Shivani and Veena ask Prerna about Anurag. Veena wants Prerna to resign from the job. Prerna tells them that Anurag is the new boss who owned the company a day after her joining. Veena doesn’t want Prerna to meet Anurag. Prerna doesn’t want to leave the job. Veena fears that Prerna will hurt herself. She insists Prerna. Prerna gives her resignation to Anurag. He refuses to accept it. Anurag and Komolika’s photo falls down because of her.

He asks her not to worry and dumps the photo somewhere. He asks the peon to clean the mess. Komolika wants to take lunch for Anurag to his office. Mohini is happy that Sonalika loves Anurag a lot. Komolika visits office once again. Komolika orders the coffee. Prerna takes the coffee for Komolika. Komolika wants to bring twists in Anurag and Prerna’s lives. She wants to convince Anurag that he was in love with her. She wants to remove Prerna from Anurag’s memories by replacing Prerna in every memory triggering situation. Anurag and Prerna get stuck in the storeroom, when Komolika’s reboot plan backfires.