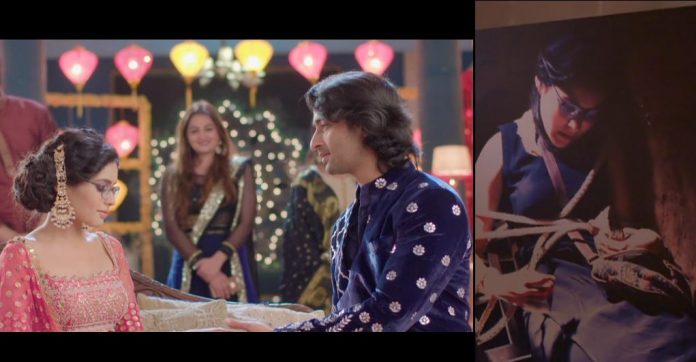 Rishte Pyar Starplus Guddan Zee TV Highlights Promo Mishti reaches Rajkot on time and meets Meenakshi, who gets abandoned by Abir once again. Abir comes in Mehul’s words. Mehul plays the clever drama to get Meenakshi’s property. He doesn’t let Abir know anything. He acts sick to frame Meenakshi. Abir misunderstands Meenakshi. She understands his annoyance and makes a leave from his engagement. He wants her to be happy in his happiness. Rajshri tells Vishwamber about Mishti’s absence. He worriedly decides to share the truth with Abir.

He doesn’t want the family to lie further. Mishti tells Meenakshi that she believes her and she will expose Mehul’s truth. She reveals her growing doubt on Mehul. She expresses her plan of action to find Mehul’s truth. She doesn’t want Abir to change his name and get arrested for Mehul’s fraud. Meenakshi hugs and blesses her. She finds a way to get her son back. She thanks Mishti for lending her support. She tells Mishti that she has done a lot to keep her family united. Mishti respects her for keeping Parul’s truth a secret. She doesn’t ask her about Parul. Meenakshi wants Mishti to hide the truth on the engagement day.

She wants Abir’s happiness to stay. She asks Mishti to get ahead with engagement and block Mehul at her house until she makes a plan to expose him. She tells Mishti that Abir’s happiness matters to them. She gets Mishti’s support. Mishti promises to protect Abir. Kuhu stops Vishwamber from telling the truth to Abir. Abir insists to meet Mishti. Abir meets Mishti. Everyone is surprised to find Mishti back. Mishti promises to tell him the truth once they get engaged. Meenakshi makes prayers for her children. She recalls the sacrifices she has made. She calls Kaushal and her aide Laxman home to target Mehul. She doesn’t want Mehul to win.

Laxman tells her that he had been following Mishti. He produces Mishti and Mehul’s pictures, which would help in exposing Mehul’s truth. Meenakshi wants to end his chapter for once and all. Mishti requests Nidhi stop Mehul in the function. The family engages Mehul. Mishti and Kunal get into a cute ritual. Kunal subsides his annoyance towards Mishti. This gives happiness to Abir. Mishti confuses Mehul by her behavior. Mehul falls in Meenakshi’s trap, while Abir and Mishti get engaged. Meenakshi confronts Mehul for kidnapping Mishti. Abir and Kunal get to see Mehul’s evil truth. What will Mehul do? Will he change Meenakshi’s game and win again? Keep reading.

Zee’s new show Dil Yeh Ziddi Hai characters Kajal and Rochak make an entry to rescue Guddan and Puchki, and their children. Parv loses it all. Akshat and Shaan reach the spot and beat up Parv’s goons. Parv makes an escape. Durga gets trapped by Parv. Guddan slaps Durga. She suspects Durga, when Nandini planned to frame Durga. Durga didn’t know Parv is so evil to put entire blame on her. Guddan and Akshat reprimand Durga for joining hands with Parv. Durga wants to prove her innocence. Guddan gets Durga arrested. Akshat and Guddan get peace after uniting with Alisha.