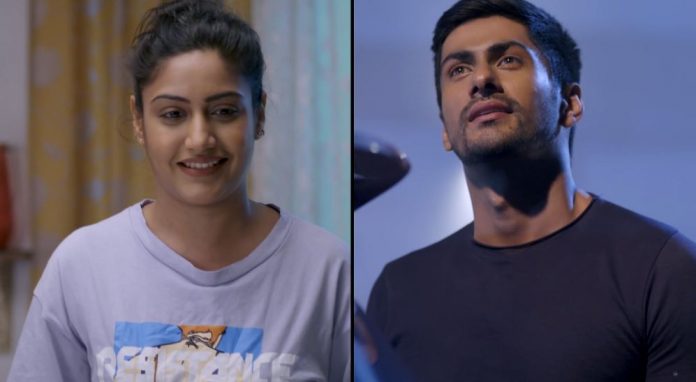 Sanjivani 2 Shocking Vardaan ruins Sid’s career Sid and Ishani get trapped by some goons. Ishani loses all her valuables to just save Sid’s life. The goons tie them up and leave. Sid and Ishani try to free themselves to go their own ways. Vardaan makes new plans to ruin Sid by striking his profession, since he has already ruined Sid’s personal life. He reveals his plans to Asha. She wonders why is Vardaan revengeful against Sid. He just wants revenge on Shashank by using Sid in the big game. Sid and Ishani share a cute moment while they are busy rescuing each other. Sid tells her that he madly loves her. She asks him to limit his thoughts of love. He tells her that even she couldn’t limit herself.

She tells that they have lost rights on each other. He curses the fate. She tells him that person can change fate by determination and courage. He tells her that he wanted to change the fate of Asha’s child. He feels the child doesn’t deserve to be called an illegitimate. They get free and leave for their homes respectively. Sid meets Asha and tells her that he can’t assure if he will forget Ishani soon. He tells her that he needs some time to move on. Vardaan gets an evil plan in mind. He plans to ruin Shashank’s career by making him commit a fault in the high profile case surgery.

Shashank takes up the commissioner’s case. He summons Sid at the hospital. He praises Sid. Commissioner wants Sid to operate him. Sid accepts the task. He apologizes to Shashank. Shashank feels proud of Sid for getting out of his shadow and making his own identity by his immense talent. He hugs Sid. Vardaan’s plan to trap Shashank fails. He still wants to strike Shashank some how. He changes his plan and targets Sid. Sid shares the good news with Ishani. She gets too glad to know about Sid’s career milestone.

She wishes him all the best for performing the critical surgery, which could take his career to new heights. Vardaan drugs Sid to make him commit the mistake while performing the surgery. Sid gets collapsing while operating the patient. His careless attitude disappoints Shashank. Sid gets reprimanded for his fault. Will Shashank believe Sid or withdraw his support? Keep reading.