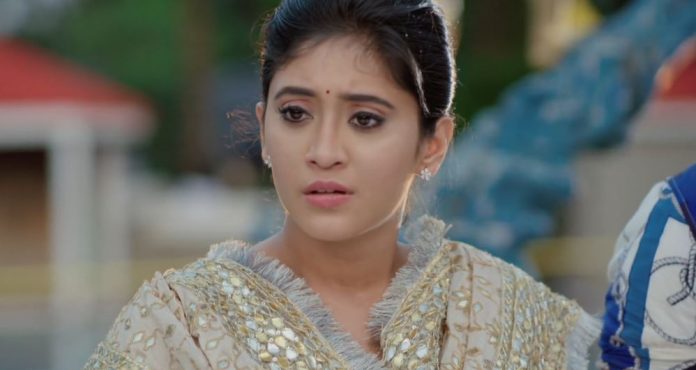 Yeh Rishta Kehlata Starplus Upcoming accident twist Kairav gets happy with new dad Jolly. He finds him very suitable to keep Naira happy. He takes some pictures, unaware that Jolly is Kartik. Naira fears that Kartik’s lie will get known, and Kairav won’t be able to bear it. She tells him that Kairav will hate him more if the truth comes out to him in any wrong manner. She tells that his beard came out and this can get him caught if happens again. She doesn’t want the stress to strike their happiness. Kartik tells her that he had no reason to live, the stress is better than his fears of losing Kairav.

He tells her that he has big hopes and is ready to take the risk. He is ready to live as Jolly Singh all his life for Kairav’s happiness. Kairav is happy that his new dad arranged the perfect picnic. Naira isn’t happy. Kairav praises Jolly. Kartik wants her to enjoy the picnic. She asks him to end his drama soon. She suspects Surekha again on seeing her on a phone call. Kartik cracks some jokes and makes the kids laugh. Naira sees the swimming pool. She identifies the pool area. She has seen the same place in her scary vision.

She screams which gets everyone’s attention. She warns everyone against playing near the pool, which maybe dangerous. Kartik keeps her request for the sake of her happiness. The resort manager tells them about the site construction work going on, which may be harmful for anyone reaching there. He asks them to avoid the pool area. Naira gets tensed linking her dream. Kartik and Kairav agree to avoid the pool area. Kartik asks Naira the reason for her sorrow. After a brief argument, Naira tells him about her strong intuition.

He tells her that he believes her. He assures that family will remain safe and nothing would go wrong. He tells her that they could have left the place before. He tells that he is ready to put things at stake to win Kairav’s love. He doesn’t any other option to live with Kairav. Surekha is still in contact with Akhilesh for her children’s sake. Naira stays worried. Kairav cheers her up. Kartik challenges her for a dance competition. The families decide for a dance competition between men and women teams. They make their teams. Kairav finds Jolly a good person, who keeps Naira happy.

Kartik and Naira don’t realize and come close while they dance happily. Kartik gets in trouble after a fall. Kairav learns about Kartik’s identity. Kairav runs again, which puts Naira in danger. Naira falls in the pool which she wanted to avoid. Naira gets hurt by the construction equipment in the pool. Kartik reaches Naira to rescue her in time. Kartik saves her life. Will Kartik be able to change Kairav’s perception towards him?

Vedika suddenly comes back and realizes Kartik and Naira’s pretentious unity again. She objects to their drama. Kartik finds it tough to handle Vedika. Suwarna regrets to force Kartik for marrying Vedika. She believes Kartik was always right, since he wanted to avoid the remarriage. Keep reading.