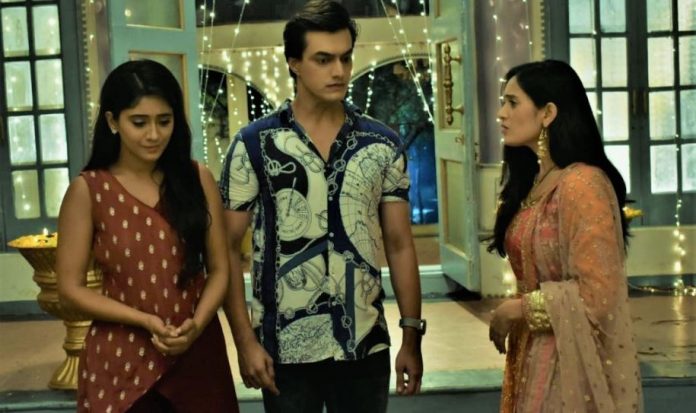 YRKKH Upcoming Starplus Naira injured Vedika returns Naira’s scary vision gets more troubling. She gets the same bad intuition again and again. She confides with Kartik about her strong intuition. She tells Kartik that she had been right before when Kirti met with an accident because of Aditya. Kartik doesn’t want to doubt Naira again. He tells her that he believes in her. Kartik convinces Naira for a fun dance to cheer up Kairav. He covers up the truth that he is Kartik. Kairav misses to learn it, all thanks to the united efforts of family. Kartik, Naira, Goenkas and Singhanias celebrate and dance happily.

Kairav gives the credit to Jolly Singh for bringing happiness back. Vansh and Kairav get up to mischief, which leads to a deadly twist. Naira finds Kairav in trouble. She intervenes and gets herself hurt while saving him. Naira gets injured according to her scary thoughts. Kartik’s Jolly Singh drama comes to an end. Kartik and Naira sadly wind up everything to go home. Kartik gets Naira treated. The picnic gets wrapped up, while the Goenkas return home with Naira. Kartik and Naira pretend to be a couple in front of Kairav on Dadi’s insistence.

Dadi wants them to appear happy to please Kairav. Goenkas get a shock on finding Vedika home. Vedika confronts Kartik and Naira for posing as a happy married couple and romancing around on pretext of Kairav’s happiness. She reprimands Kartik for failing as a husband twice, in Naira and her case. Vedika creates a big scene and decides to reveal the truth to Kairav. The upcoming track brings many interesting twists. Naira gets helpless to plead to Vedika for allowing Kairav and her in Goenka mansion. There will be a new entry of Vedika’s ex, who would also arrive at Goenkas’ place.