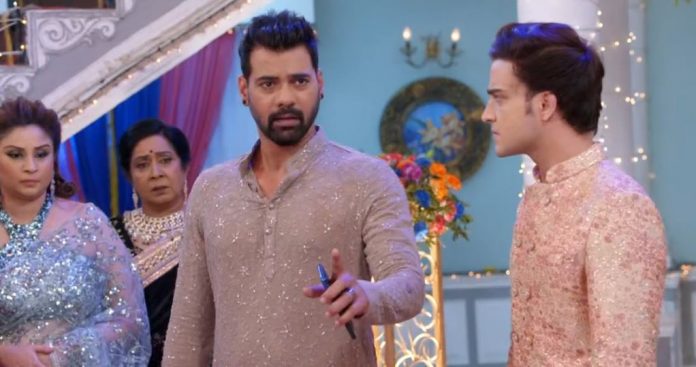 Kumkum Bhagya Bahuu Begum Spoilers Upcoming Ranbir wants Aaliya and Rhea to apologize to Prachi for insulting her. He gets angry on everyone who had insulted Prachi. He wants them to repent for their mistakes. Aaliya finds his behavior bad. He tells Aaliya that she had spoken ill about Prachi’s character, her family and upbringing also. He tells that she had misbehaved with Prachi. He tells that everyone should apologize to Prachi. He gets emotional and defends Prachi. He asks Aaliya how could she insult Prachi, being a woman herself. Aaliya finds him losing his mind because of Prachi.

She refuses to apologize. Abhi learns that Aaliya had humiliated Prachi a lot before his arrival. He wants Aaliya to really apologize to Prachi if she has told all the unsuitable things to Prachi. He doesn’t want anyone to stain Prachi’s clean character. Abhi and Ranbir are very aware of Prachi’s good values and proper upbringing. Abhi doesn’t give any chance to Aaliya to get away after hurting Prachi’s heart. Prachi shows a big heart and forgives Aaliya for her bad behavior.

Bahu Begum: Adil’s thoughts and gestures slowly impress Noor. She learns his motives, that he had come just to win her heart. Shayra likes their bonding. She finds love striking them. She tells Razia that they should get Noor and Adil married. Razia wants Noor to give her consent by her heart. Razia meets a couple to discuss about Noor’s marriage. The couple insults Noor, for being a maid’s daughter. Razia doesn’t like Noor getting insulted. Adil takes a strong stand for Noor. He values her as a person.

Razia tells them that Noor is like her daughter. Adil tells the couple that their son doesn’t deserve a girl like Noor, and they should better leave if they love their fake respect so much. Adil doesn’t let Noor cry. Shayra gets impressed by Adil. She thinks he is the right person for Noor. Shayra wants Azaan to know Noor’s consent for Adil’s alliance. Noor and Shayra tease Azaan. Azaan is happy to see positive Noor.

Shayra too wants Noor to live her life well by experiencing true love. Noor gets surprised when she gets gifts and flowers from Adil. Adil sends the gifts to cheer up Noor. Shayra pulls her leg. She asks Noor to accept the gifts. Noor doesn’t like the gifts. Shayra asks her not to deny her liking for Adil.