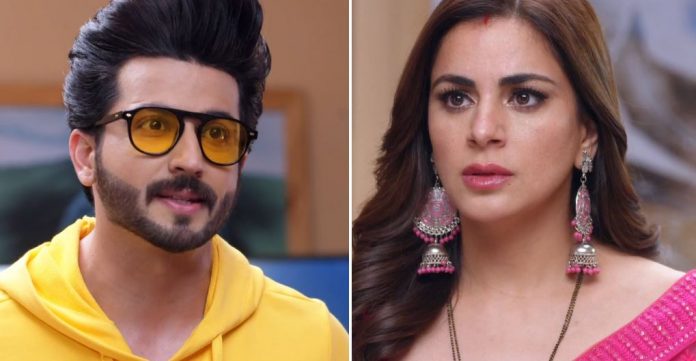 Kundali Bhagyyaa Zee Karan Preeta Shocking twists Karan and Mahira’s wedding news shocks Preeta and her family. Biji doesn’t want to read the news. She plays the news on tv and gets to see the shocking news of Karan’s second marriage. The reporters want Karan to give some new bytes. They ask Karan about his marriage with Mahira. Karan declares that he is marrying Mahira. He announces his engagement too. Preeta breaks down. Her family knows that Preeta is shattered. Preeta feels sorry for herself, that Karan has mocked her life and happiness. She is hurt that Karan is marrying Mahira. She acts that she doesn’t care, but sheds tears of sorrow. Shrishti and Sarla feel miserable watching Preeta’s tears.

Shrishti never wanted Preeta to meet this day. Preeta acts happy to move on in her life. Shrishti knows the suppressed storm in Preeta’s heart. Preeta tells her that Karan isn’t important in her life now. Karan gets good wishes from him fellow mates. He wants to practice They ask Karan about his girlfriend. Karan also comes across Preeta. Preeta tells Karan that she has seen the news on tv, Karan is going to marry Mahira. She congratulates Karan for his marriage. Karan taunts Preeta for her ruined dreams. Karan doesn’t want to hear any taunts from his friend. His friend knows that Mahira loves Karan, but Karan loves Preeta.

He asks Karan to stay away from Karan. Kareena cooks the food. Rakhi tells Kritika that Mahira’s mum is coming home. Kareena wants the engagement to happen well. Kareena welcomes Mahira’s family. Sherlyn is pleased that Preeta is finally out forever. Ramona is happy to meet Rakhi. Mahira feels joyful. She shares her happiness with her good friend. She feels her life is changing, since she isn’t Karan’s fan now, but his would be wife. She wants to look classy. She feels lucky that Karan is marrying her. Karan tells his friend that if he confesses love to Preeta, she won’t accept his love. Karan’s friend wants to express love to her. He always had love feelings for Preeta.

He wants to propose her. Karan tells him that he will play the match only if he doesn’t talk cheap about Preeta. He believes he is the best. His friend understands that Karan still loves Preeta. Preeta and Karan get into argument. Karan teases her about Preeta. He praises Mahira for being his type. He taunts her about Prithvi. He pities Preeta for losing everything after the marriage. Preeta really felt she got Karan’s love. He confronts her about the notice. She gets foolish to accept that she has sent the notice.

He is glad that she accepted it. She tells him that she is just complying to his blames. He believes that she has sent the notice. She doesn’t want to talk to him. Mahira wants to meet Karan at the sports club. She tells the guard that she is going to become Karan’s wife. Karan’s friend asks Karan not to trouble Preeta. He feels Preeta’s husband is really mad. Preeta gets angry overhearing their conversation. Karan shows his rights on Preeta. Mahira finds them together. Karan’s friend who has a liking for Preeta, supports her. He questions Karan’s love for Preeta, which worries Mahira.