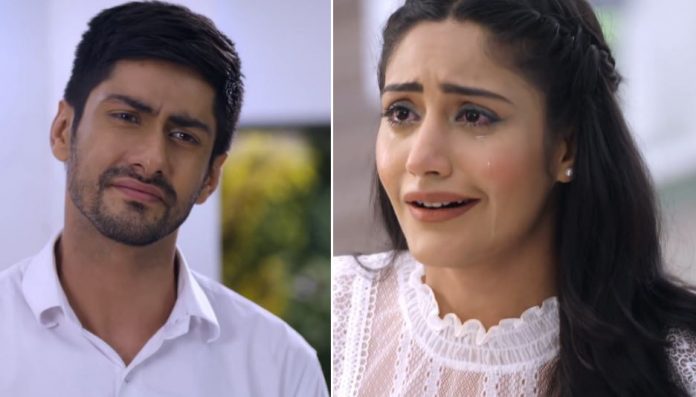 Sanjivani 2 Ishani Sid await a huge decision Ishani feels odd that she is doubting Sid’s wife Asha. She doesn’t think Asha can take this big move when Sid saved her life and married her to give a name to her baby. Rahil tells her that it would be wrong to suspect Asha. Ishani feels sorry. She doesn’t realize that Asha is really the culprit, the person who drugged Sid on Vardaan’s saying. Ishani gets upset that she lost in proving Sid’s innocence. She wishes that the board decides in Sid’s favor. She wants Sid to prove his talents if given another chance. She failed to find the real culprit. Sid’s mum and uncle pray for him, that his career doesn’t end.

Asha is determined to ruin Sid. She wants Guddu to help her in her plans. She fools him and makes him go out to the temple to pray for Sid. Guddu really thinks that special prayers will solve Sid’s problems. Guddu rushes to the temple. He wants to do anything to save Sid. Sid awaits the meeting. He feels lonely. He wants to talk to Shashank. Shashank doesn’t wish him luck. Sid feels bad. Ishani wishes him luck and asks him to be smart. She tells him that everything will be fine when Shashank’s anger subsides. Sid thanks her.

Ishani wants to know the result of the meeting. Vardaan insults Sid. He speaks against him completely, which angers Shashank. He calls Sid for the meeting. Asha informs Sid that Guddu is missing. Sid fears to lose Guddu and goes from Sanjivani. He looks for Guddu. Anjali looks for Sid. She learns that Sid left. She tells the board that Sid left already. Vardaan gets another chance to call Sid irresponsible. Sid meets Asha. She tells Sid that she couldn’t find Guddu anywhere in the market. Vardaan brainwashes everyone against Sid, which makes the board members call off the meeting. Shashank gets helpless.

Juhi and Anjali try to support Sid, knowing his clean records. Guddu is much scared and wants to go home. Asha gets glad to find him in trouble. She acts very mean. Ishani learns that Sid has gone to find Guddu. She doesn’t want the meeting to get cancelled. She tries to rush to Sid. Sid finds Guddu, but Ishani saves Guddu’s life. Sanjivani 2 Ishani Sid hug Guddu. Guddu tells them about Asha’s cue. Asha doesn’t want Sid to doubt him. Ishani helps Sid and proves him innocent. She gets the good news for Sid that Shashank still gave the vote to save Sid’s career.