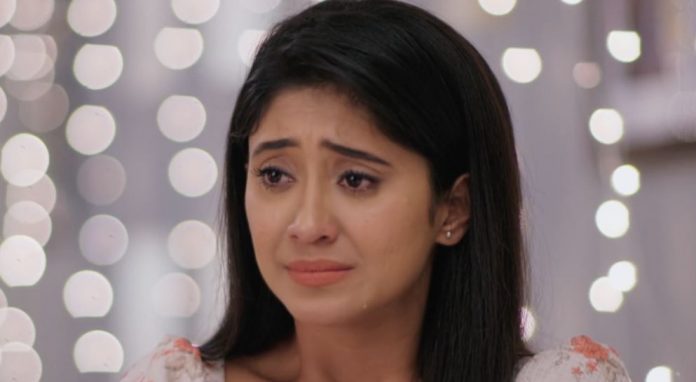 YRKKH Jadu Hai Jinn Ka Upcoming Spoiler Kartik is happy that Naira believed him. Naira is sure that Kartik can never take such a worse step. Pallavi loses her cool on seeing their admiration. Kartik and Naira request inspector to remove the handcuffs for some time until Kairav goes. Kairav questions about the police. Naira lies about the theft case. Kartik lies to Kairav that he will come back in some time. Kartik asks Naira not to let Kairav know anything. He doesn’t want his son to hate him. Goenkas get bothered by the police suspecting Naira. They don’t want media to trouble Naira. They ask Naira to stay back and look after Kairav.

Naira swears to prove Kartik’s innocence. She wants to find Vedika any way possible. She asks Pallavi to help her find Vedika. Naira gains courage to win over the blames. Kairav senses that Kartik is in big trouble. Even though the entire family acts normal in front of him, Kairav feels Naira is hiding some critical thing. He spies on Naira to know the matter. Kartik is also worried for Vedika. He fears that something happened to her. He feels he is fine in the lockup, its not his worst time. He just wishes that Vedika stays fine, since she is his responsibility.

Naira’s rescue plan for Kartik gets known to Kairav. He learns that Kartik has been arrested by the police. He falls ill by the shock. Naira rushes him to Pallavi’s hospital. Pallavi treats little Kairav, who still has a weak heart. Naira and Dadi cry and pray for Kairav. They give strength to each other to stay strong. Naira finds Vedika and gets her back when Kartik is taken to the court.

Parveen throws out Roshni from her mansion. She feels she is taking the right step. Roshni sheds tears when none helps her out. Dadi asks Parveen to stop Roshni. Parveen tells the family that Ada had attempted suicide to save Aman’s life, Aman is alive because of Ada’s sacrifice. She tells that Ada is Ayana. Roshni goes away to keep her esteem. Dadi tries hard to explain Parveen that Roshni is Ada. Aman looks for Roshni. He gets restless. Parveen hides Roshni’s phone. He wants to thank Roshni for saving his life. Parveen tells Aman about Saima’s in-laws asking them to prepone the marriage. Dadi keeps the wish of her would be relatives.

She keeps Saima’s marriage within a week time as per the wish of Saima’s ailing father-in-law. Aman wants to know about Roshni. Dadi tells him that Parveen had thrown out Roshni. Chotu shows the video recording. Aman feels helpless when he finds Roshni tortured. He questions Parveen, who tells him that Roshni is trouble maker, not someone to save his life. Roshni meets her mum and friend. She hides about Parveen’s step. She feels missing the sweet family. Aman wants to get Roshni back. Parveen makes him tied in a promise. He doesn’t listen to her. He rebels which gets shocking for Parveen. Parveen destroys Roshni’s phone.

Roshni learns that Salma had taken huge amount from Sameer at the time of marriage. She enquires the matter. Salma reveals that Sameer was already married and gave money to cover the truth. She tells Salma that Aman will never come to take her home. She misses him. Aman reaches Roshni, but gets angry on seeing Salma. He doesn’t want to take Salma’s daughter home.