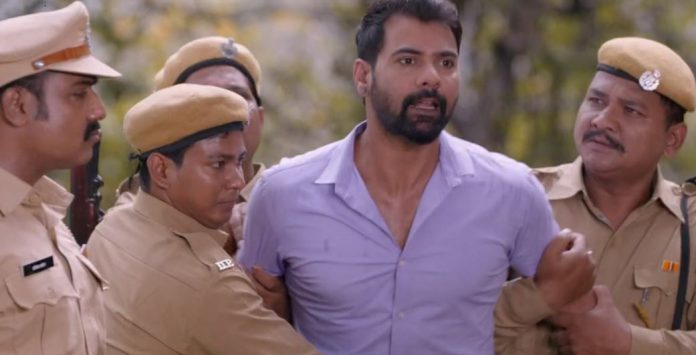 Kumkum Bhaggya Priyanka stuns Abhi Pragya Rishi Pragya doesn’t believe that Priyanka is dead. Abhi tells her that he read Priyanka’s suicide note, Rishi had provoked her for taking this step. He tells that Priyanka is no more and now he won’t spare Rishi. Rishi calls Priyanka. He gets panicking that she didn’t respond. Rishi tells Abhi that Priyanka has an old habit to threaten and scare. Aaliya visits Disha to warn her against meeting Purab. She doesn’t want Disha to snatch her husband. She insults Disha. She threatens to not spare Disha if she doesn’t mend her ways. She asks Disha to remember her madness, she will not let Purab go away. She reminds of Purab and her son.

Abhi gets Pragya and Rishi to the cliff. He is scared that he lost Priyanka. He calls the police there. Pragya asks Rishi to tell her what happened with him. Rishi tells her that Priyanka is framing him again. He feels sorry to go against her word. Pragya wants Abhi to give a chance to Rishi. Abhi tells them that he had filed the FIR against Rishi. Disha meets Purab to tell him about Aaliya. Purab apologizes to her. She asks him not to compel her again, by meeting her and inviting problems for her. She asks him to stop ruining her peace.

She asks him to control his wife. She clears that she doesn’t want him back in her life. He learns that Aaliya is harassing Disha. Disha leaves him with a warning. Abhi tells the inspector that Priyanka got Rishi’s call and came at the cliff to meet him, but Rishi insulted her and she committed suicide. Pragya asks Abhi to show Priyanka’s suicide note. Abhi loses the note. Pragya hopes that Priyanka stays fine. They get Priyanka’s phone at the cliff.

Meanwhile, Ranbir gets surprised when he meets Prachi. Prachi’s smile strikes his heart. Ranbir goes lost thinking he likes Prachi. Aryan doesn’t think that Ranbir likes Prachi. Ranbir clears that she isn’t of his choice. Abhi asks the rescue team to find Priyanka. Pragya looks for clues. Abhi loses his cool and attacks Rishi to punish him. He blames Rishi for insulting Priyanka. He feels Rishi is really evil. He asks Pragya to believe him. He is angered that Pragya is supporting Rishi. Priyanka is alive and far away from the cliff. She feels disheartened. She didn’t wish Rishi to reject her love again.

She feels the matter got worse. She wants to ruin Rishi’s life. She wants to decide Rishi’s fate. She is sure that no one will get Rishi, he will be in more trouble now. She wants to snatch his happiness. She checks in some lodge to hide herself. She finds the lodge dirty. She learns that there isn’t any security check. She decides to take a room in the lodge. Pragya learns about investigations. Inspector tells Abhi about Priyanka’s obsessed love. He tells that Priyanka called Rishi to marry him. Abhi doesn’t believe Rishi’s story. Inspector wants to investigate further. He tells Abhi that he can’t arrest Rishi without any evidence.