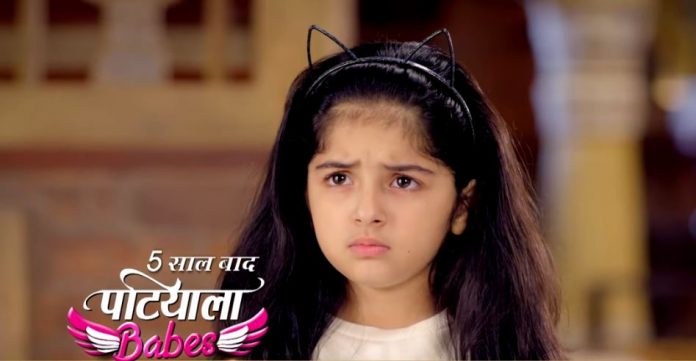 Patiala Babes Yeh Rishtey Huge changes with short leaps Mini loses her parents shockingly. She misses Hanuman and Babita. The story moves ahead with a short leap. Mini refuses to accept anything left by Babita in her will. She is heartbroken over her ill fate. She tells the elders that she doesn’t want any property or memory. She turns strong, but emotionally weak. She comes face to face with her stepsister, Babita and Hanuman’s daughter. She wanted to get rid of old memories. Mini will be seen as a motherly figure for her little sister. She will be picking up the big responsibility of raising her. Their naughty fights and cute moments will be seen in the new season of Patiala Babes beginning tonight.

Yeh Rishte Hai Pyaar Ke on Star Plus
There will be a leap in the show. Mishti will have a new guy in her life. Abir will try to meet Mishti and reconcile, while Mishti moves on in her life. Their relation turns bitter after separation. Helly Shah and Vatsal Seth play the supporting leads after three years leap. Abir stays happy in front of his family, just for Kunal’s sake.

Mishti finds hard to be strong. Her family supports her in moving on. Meenakshi ruins Mishti’s lives. Kuhu joins Kunal’s family again. Meenakshi accepts Kuhu for Kunal. Kuhu is seen with Rajvansh family, fulfilling the duties of Meenakshi’s ideal Bahu. Abir sacrifices his love for his brother’s happiness and future. Kuhu gets the responsibility of Abir’s engagement with the girl chosen by Meenakshi. Abir learns about Mishti’s new relationship and gets shattered.

Shoot in your comments to express your likes and dislikes on both the shows, this very post and possibility of upcoming tracks.