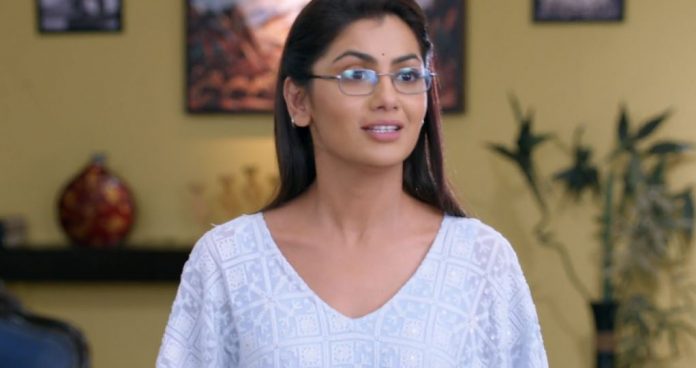 Kumkum Bhaggya Upcoming twists Pragya awaits Abhi Disha surprises Pragya on meeting her. Sarita asks Pragya to meet her best friend and relax. Disha knows Pragya’s tensions. She asks Sarita to make tea for them. Sarita lets them talk. Disha tells Pragya that Rishi has told her about the entire incident. She decides to help Pragya by finding Priyanka. She knows that Priyanka isn’t smart as any professional criminal. She is sure that she will be able to find Priyanka. She asks Pragya not to take any stress because of Abhi. Disha asks her if Rishi doesn’t know about Abhi’s identity. Pragya wants to tell Prachi about Abhi’s identity first.

She doesn’t want to tell Sarita or Rishi before Prachi. Sarita wants to ask the matter. Disha tells Pragya that they can attend a business party in the evening for a change. She wants Pragya to feel better by meeting people. She convinces Pragya. Meanwhile, Ranbir’s odd behavior surprises the principal. He wants to know why is Ranbir intentionally inviting the troubles. Ranbir gets to see the exam question papers being kept safely in the locker. He wants to steal the papers for his friend. He apologizes to the principal.

Priyanka and Rhea’s friends keep an eye on Ranbir and Prachi. They feel that Ranbir and Prachi are into some relationship. When Prachi falls and gets Ranbir’s help, he asks her if she has done this intentionally. She doesn’t want his nonsense. Ranbir asks Prachi the reason for her fall. He wants to tell about his plan to steal the papers. She gets Pragya’s call and misses to hear his plan. Rhea’s friends don’t want Prachi to get famous as Ranbir’s girlfriend. They want to inform Rhea about this news. They want to share the news so that Rhea controls Ranbir. Elsewhere, Priyanka tries to find another place for her stay.

She gets critical to injure herself to portray a mentally ill girl. She gets into her madness again. Ranbir learns about a teacher had stolen the papers for his students to score well. Principal reprimands the teacher for his wrong actions and suspends him. Ranbir watches the drama. He wants to steal the papers. He learns about the principal shifting the papers to some other girl. Priyanka goes to another hotel and cries out her sobbing story of domestic violence. She tells the receptionist that she wants to stay in the hotel for some days, she can’t even complain to the police about her state. The man agrees to help her.

She gains his confidence and gets a laptop to mail Abhi and her pictures to the reporter. She wants Rishi to get trapped. Ranbir tells Aryan about the principal sending the question papers to his house. Prachi doesn’t know about Ranbir’s stupid plan for helping Dheeraj. Ranbir follows the principal to get the papers. Prachi finds Ranbir lying. She feels something is wrong. She also follows Ranbir to stop him from doing anything wrong. Aaliya wants Purab’s love and attention. She is angered that he is still in contact with Disha. He doesn’t want her to imagine things. He is fed up of explaining her and clearing her doubts.

He doesn’t care whatever she thinks. Aaliya claims her rights on him, being his wife. She doesn’t want Disha to return to his life ever. Vikram overhears their argument. He feels bad about it. Purab declares that he wants to end the marriage, being tired of Aaliya’s suspicion. He doesn’t want Aaliya to drag Disha into their relation all the time when Disha has nothing to get blamed for.