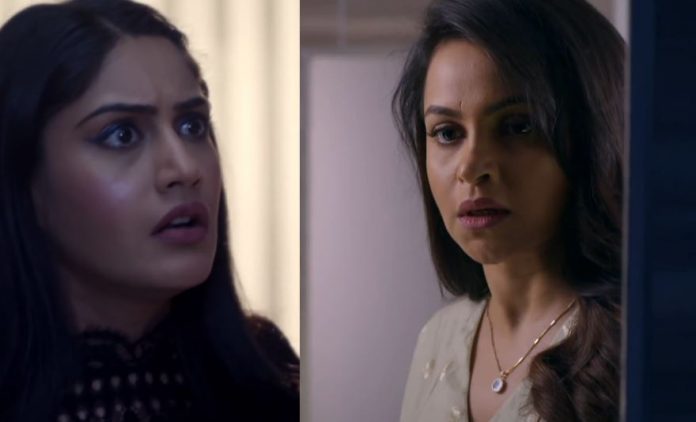 Sanjivani Starplus Disturbing Shocker awaits Juhi Ishani wants to inform Sid about Asha’s conspiracies. She fails to reach him because of Asha’s hindrance. Asha doesn’t want them to talk. She separates them again. Ishani tells Rahil that she will talk to Sid some how even if Asha comes in between. Rahil wants Sid to know Asha’s truth soon. Juhi tells Shashank that Sid won’t be able to perform any surgeries, which should be assigned to other doctors. Shashank feels bad that Sid made such a big mistake in an important case. He tells that Sid can’t risk a patient’s life by negligence. He express his grief over Sid’s spoiled career, since he always loved Sid as his own son.

He tells Juhi that nothing can help Sid except Sid himself. He had many dreams that Sid will take Sanjivani to new heights and take his place. Juhi asks him to give a second chance to Sid, just like he gave it to her. She feels Shashank has saved her career by forgiving her mistake. She hopes he shows greatness in Sid’s case as well. Vardaan leaves a disturbing note for Juhi. He wants Juhi to know Shashank’s real truth. He regards Shashank as the killer of his sister. He wants Juhi to lose faith on Shashank. Juhi reads ill things written about Shashank. She gets much angry on the note sender. She doesn’t think it can be true.

Vardaan is sure that his words will definitely affect Juhi some day. He wants to snatch all relations from Shashank. He thinks that will be best punishment for Shashank. Ishani is disturbed about Asha. She calls up Sid to inform him about Asha. She apologizes for calling up late. When she tells him the entire truth of Asha, he misses to hear it. Asha snatches his phone and scolds Ishani for breaking limits. Asha tells Sid that he can’t keep her as a trophy wife, he has to give her rights too. She threatens to leave the house.

Sid stops her being concerned for her baby. She asks him to end his relationship with Ishani. She keeps his conditions. She asks him to choose either of Ishani and her. Sid gets speechless. She decides to choose Asha for the sake of her baby. He gets into her emotional drama. Vardaan gets angry on the staff. He makes a new plan when he learns about a poor patient in need of a surgery. He wants to assign the case to Sid. He meets Juhi to show his greatness. He asks Juhi to assign the surgery to Sid. Juhi gets glad that Sid is getting a second chance. Ishani finds Asha controlling Sid.

She wants to save Sid. She feels Asha stained their friendship. Juhi gives the good news to Sid that he is assigned a surgery. Sid was missing his work. He takes it as a second chance. She asks him not to make any mistake. Sid promises to perform the surgery well. He wants to share his happiness with Ishani. Ishani learns that Sid is going for the surgery. She wants to stop him from going to the OT, knowing Asha is planning to drug him again. Vardaan and Asha gear up to tackle Sid by drugging him. Sid falls asleep in the OT once again, which comes as a shocker for Juhi and Ishani. Will they able to help Sid this time? Keep reading.