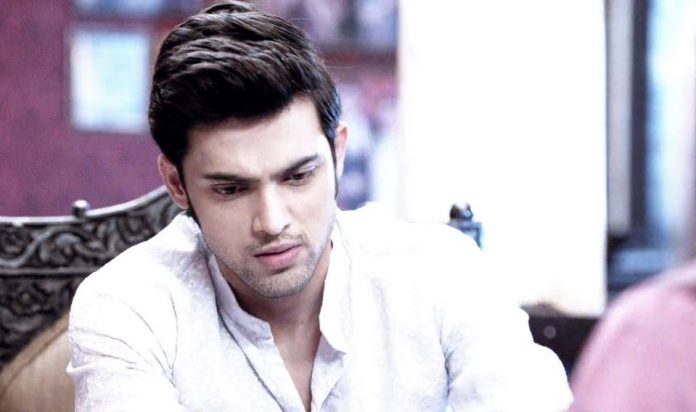 Kasautii StarPlus Today huge revelation strikes Anurag Prerna questions Anurag about their relation. Anurag answers that she means a lot to him, she is indeed special. She gets emotional and ends their talk soon, so that he doesn’t hear her crying. She doesn’t want him to force himself to recall their relation. The abrupt call ending worries Anurag. He wonders if she felt bad of his over concern. Anupam gets a doubt that Anurag may trigger his memories on prompting about Komolika. He doesn’t ask Anurag about Komolika directly. He instead asks Anurag about Ronit. Anurag gets worried that he doesn’t even remember his college life.

Anupam lies to relieve him. Anurag asks Anupam not to joke about his memory loss, since he is losing faith. Anupam apologizes to him. Anurag clears out that he doesn’t remember Ronit. Anupam thinks then Anurag won’t be remembering Komolika. He wishes that some how Anurag regains his memories. He wants to see Anurag happy with Prerna. Komolika is stressed about Ronit’s engagement. She has to be there with her brother, whom she dearly loves. Nivedita asks Sonalika to get her room designed as per her choices by meeting the interior designer.

Komolika gets worried when Nivedita fixes the meeting at the same time when she needs to go for Ronit’s engagement. She tries to avoid the meeting. She can’t refuse to Mohini and Nivedita directly. She tells Nivedita that they will go together. She doesn’t refuse and controls anger. She plans to change Nivedita’s plans. Prerna calls Anurag to take a leave, so that she can go and spy on Ronit. She learns about Sonalika’s plans of meeting the designer. She tells Shivani that Sonalika is going with Nivedita, but they will verify her present at Ronit’s engagement function.

She makes a plan to become a part of Ronit’s engagement by taking a disguise. She tells Shivani that they will take the dancer’s disguise to enter the party. Shivani agrees with her plans. Komolika gets too decked up and surprises Mohini. She tells Mohini that she has to match up to their family standards. She spikes the water to faint down Nivedita. Mohini is impressed with Sonalika. Nivedita gets dizzy. Komolika takes advantage of the situation. She asks Nivedita to take rest. She makes excuses to get their permission to go alone. Komolika informs Ronit that she is coming home. He is happy to get engaged soon.

Ronit awaits her for the puja, which just she can complete. Prerna asks Shivani to dance in the party if needed. The sisters take the disguise and mislead Ronit. They follow Ronit and Sonalika. Shivani finds out the truth that Sonalika is really Komolika. She watches Komolika performing the rituals. She confirms Komolika’s identity. Ronit suspects that someone is inside the room. He checks the room and finds Shivani. He questions her presence.

She cleverly tricks him that she loves him and wants him to break the engagement. Ronit feels glad that she is still mad about him, but he wants to get engaged to Shanaya. Shivani informs Prerna about Komolika’s identity. Prerna provokes Sonalika to make this confession. She slaps Komolika and challenges to expose her truth. Komolika fears that Prerna will reveal her truth to Anurag and he may regain his memories too. She dreams of Anurag and Prerna’s union. Will Prerna confess the truth to Anurag or not? Keep reading.

Reviewed Rating for this particular episode: 5/5 Story picking up pace
This rating is solely based on the opinion of the writer. You may post your take on the show in the comment section below.