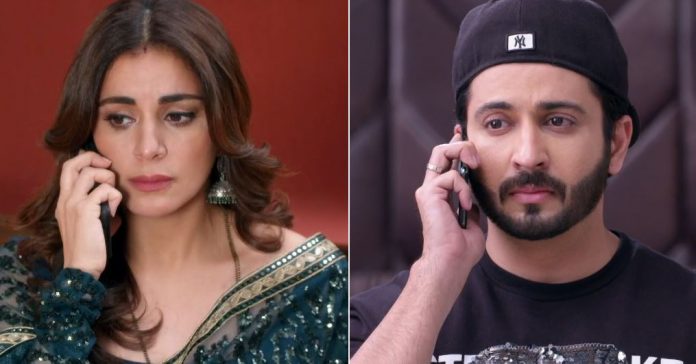 Kundali Bhaggya Preeta Karan stormy reconnect Prithvi tells Karan, Rishabh and Rakhi that he needs their best wishes for his new life. He breaks the good news that he is getting married to Preeta soon. He invites them in his marriage. The marriage invitation card shocks them. They can’t believe that Preeta has agreed to marry Prithvi. Prithvi tells them that he has marrying the girl of his dreams, Preeta. He breaks the suspense. He shocks Karan and Rishabh the most. Rakhi didn’t expect Preeta to move on so soon. She was also against Karan’s marriage with Mahira. She didn’t know Karan and Preeta’s marriage would end this way.

Karan finds Prithvi lying. Prithvi proves to them that Preeta is really marrying him. Rishabh keeps his calm, while Karan loses his cool. Karan tells Prithvi that he won’t let the marriage happen. Prithvi was expecting Karan to say this. Preeta tries to call Prithvi and make him refuse for the marriage. He doesn’t answer her calls, being busy with Karan. Shrishti feels he is ignoring the calls knowing Preeta’s decision. Preeta is sure that Prithvi will understand her, since she had cleared the matter to him before.

She doesn’t understand how he agreed for the marriage. Shrishti tells her that Prithvi wants to take revenge on Karan by marrying her, since Karan insulted him in the mandap before. She clears that Prithvi isn’t a good hearted man. Sarla wants Preeta to check her bridal dress. Sarla warns Shrishti against brainwashing Preeta. Preeta gets speechless in front of Sarla. Prithvi tells Karan that he will surely marry Preeta at any cost. He doesn’t want Karan to know from Sarla, who got the alliance for him. Karan then clears Prithvi’s misunderstanding. He acts like he doesn’t care.

He tells Prithvi that Preeta can marry anyone she wants. Prithvi asks Luthras to attend his marriage. He feels Karan and Rishabh can come in the marriage function just for some time. Karan shouts on Prithvi. Prithvi plays with their little emotions left for Preeta. He tells Karan that he has won the challenge, Preeta will be just of him now. Rishabh too warns Prithvi. Prithvi enjoys seeing their upset faces. He shares his happiness once again to anger them. Karan and Rishabh stay angered.

Karan feels Preeta would have not agreed for marriage if she was his wife. He throws out anger. Sherlyn learns about Karan and Rishabh’s fight through Mahira. Mahira learns about Preeta and Prithvi’s marriage. She realizes the reason for Karan’s anger. She is more than happy with this news. Sherlyn wants to know why did Prithvi come home. Rishabh doesn’t want to tell her. She asks him why is she so interested in knowing the matter. She fakes concern for Karan. He gets rude towards her. Sherlyn gets curious to know Prithvi’s next move. She wants an answer from Prithvi. She calls him to know about his visit to Luthras.

He worries that she got the news already. He thinks to lie to her, so that she doesn’t stop his marriage again. Karan feels he has lost in troubling Preeta. He didn’t want her to move on. He calls Preeta to vent anger. He doesn’t want to talk to her. Preeta and Karan reminisce their moments. They shed tears of sorrow. Their ego gets bigger than their love. They feel the pain of separation.