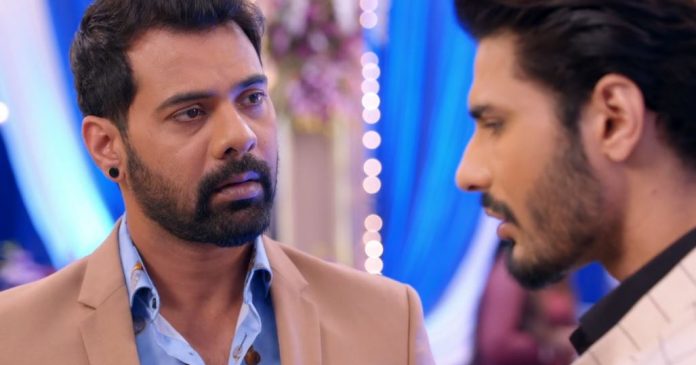 Aaliya feels she is foolish to scold Purab and spoil their relation. She didn’t wish Purab to avoid her. She wants their relation to become the same like before. She is upset that Disha is spoiling things for her. She meets Purab at the party venue. Purab gets rude towards her. He tells her that her behavior angers her. She tells him that she fell in love with him. She doesn’t want him to ill treat her. He asks her not to put her misdeeds over his name. She doubts that he is proving their incompatibility so that he can easily go to Disha.

He gets fed up and accepts her accusations. Abhi gets busy in the business meeting. Purab joins Abhi. Abhi and Purab’s friendship stories are known to everyone. Elsewhere, Prachi tells Shahana that Ranbir would be planning something weird. Shahana gets fed up of Prachi’s complains. She isn’t interested. She doesn’t want to hear anything against sweet Ranbir. Prachi decides to stop Ranbir from committing any mistake. Ranbir and Aryan find Shilpa in the study. They wait for her to leave. They enter the house through the window. Prachi makes a video call to Ranbir. She realizes that Ranbir might be falling in a big trouble to help Dheeraj in his exams.

She understands his plan. Ranbir and Aryan hide from Shilpa. Meanwhile, Sarita is thankful to the person for giving her the big contract. She wants to return to her old house. Sarita finds Prachi and Shahana rushing. Prachi answers Shahana that she is in love with Ranbir and cares for her. Sarita gets mistaken on hearing their conversation. She runs to inform Rishi that Prachi is in love with a guy and ran away from the house. Rishi tells her that this isn’t possible. Sarita wants to find the guy who had trapped Prachi in love. Rishi tells Sarita that Prachi’s clothes are inside the cupboard, she didn’t run away.

Sarita feels Prachi should have at least taken her belongings. Rishi asks her not to assume things. She tells him that Shahana would have asked Prachi to run away. Rishi laughs on her foolish thoughts. He tells her that Prachi has Pragya’s values, she loves Pragya a lot and would never hurt them by taking any wrong move. He is sure that Prachi and Shahana would come back soon. Ranbir and Aryan try to find the papers in the study. Ranbir consumes some liquid assuming it to be water. He feels strange. Abhi asks Purab about his fight with Aaliya. Purab feels odd to explain Abhi about his relationship.

He tells Abhi that Aaliya is making his life hell by spoiling the terms by doubting Disha always. He tells Abhi that he loves Disha, but he is loyal to Aaliya. He isn’t cheating her as she always assumes. He feels caught in the wrong relation where there is no trust at all. He tells Abhi that he wishes to end his relation. Aaliya overhears their conversation and is much hurt. She doesn’t want Purab to turn his thought into reality. Purab feels suffocated in his marriage.