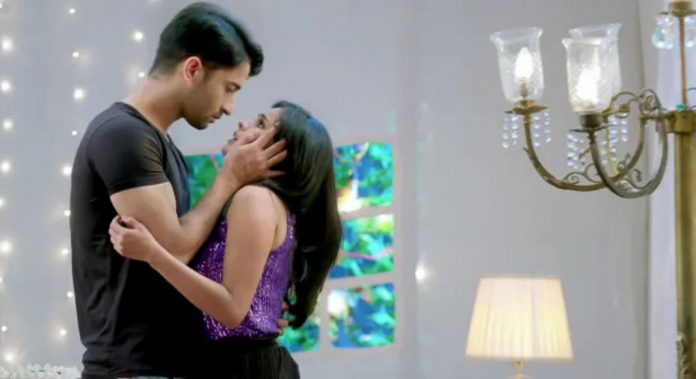 Yeh Rishtey Pyaar Starplus Today Abir Mishti in danger Meenakshi wants to find Abir and check on him once to be sure that he is fine. When she doesn’t find him, she gets more restless. She questions Kunal about Abir. Kunal seeks Kuhu’s help. They come up with a drama to mislead Meenakshi well. Kuhu tells Meenakshi that Abir would be back to his room. Abir makes an entry in a drunken state. He tells Meenakshi that he isn’t happy at all, only if she could realize. He tells Kunal that he is happy as his mum thinks so. He expresses his real emotions in such state. Kunal doesn’t understand what Abir means to say.

He tells Abir that he should rest as of now. He assures Meenakshi that he will look after Abir. Meenakshi didn’t know that Abir will get bitter. Kunal asks her to go home. Meenakshi makes a leave with a hope that Abir forgets Mishti. She wants to help her son in moving on in his life. On the other hand, Mishti is glad to realize that Abir’s jealousy and anger confirm his love. She wants Abir to confess his love. She thinks it could only happen if she creates such a situation. She feels she has won to catch his life.

She wants to know why he broke her heart. Abir wants Mishti to be strong. He feels he is weak. He realizes his mistake to leave her. He can’t forget her. He is sorry to not choose her. He has chosen Kunal and doesn’t regret that. He loves Kunal a lot. Nannu meets Meenakshi. She learns he is Nishant M. She doesn’t know he is actually a Maheshwari. She condemns his idea of an offsite meeting, which led Abir to drink. Nannu tells her that he believes in giving freedom to everyone rather than chaining them. She tells him about the importance of discipline in life. He disagrees with her. He praises his family who is the best example of moral support.

Meenakshi asks him to stay in limits while he talks to elders. He apologizes for his outspoken behavior. Kunal reaches to help Abir. He knows that Abir is hurt. He tells that he will always be with him. Abir tells him that he loved Mishti, but now he doesn’t care. He just wants his brother. Kunal hopes Abir stays happy. Mishti tells Nannu that Abir loves her and she knows it now. He believes her belief and supports her. He wants to tell her about Meenakshi’s arrival. She doesn’t listen to him.

She celebrates her birthday with him. He wishes her all the best for her new plan. They spread the news that she is missing. Abir gets worried for Mishti. He finds Kuhu and Nannu looking for Mishti. He asks Nannu to get her back to the resort. Nannu tells him that maybe Mishti may have gone to spend some lone time and he won’t break her privacy. He acts unconcerned which makes Abir more anxious. He wants someone to find Mishti. Kuhu calls Mishti to know about her. She informs about Meenakshi. She doesn’t want Mishti to create problems for them.

Mishti gets worried knowing about Meenakshi. She wants Abir to track her in the jungle so that she can make him accept his feelings. She doesn’t realize where she is walking. She goes towards the edge and falls down the bridge area. Abir looks for Mishti madly. He gets a huge shock on finding her fallen in some huge pit. He rushes to get help for her. He wants to save her life. Abir and Mishti get stuck in the jungle. The place catches fire. Abir gets panicking and expresses his love for Mishti.