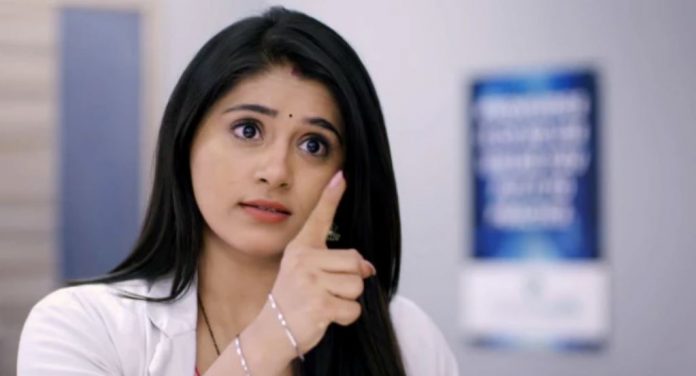 Sanjivani Hotstar Asha stunning trap Ishani shocks Sid Sid and Ishani upset Asha further. Asha doesn’t want them to be together. Asha reminds them about Sid’s marriage. Sid tells Asha that he loves Ishani and this relation of love doesn’t depend on anything. Asha argues with Sid to limit him. Sid asks Asha to leave him alone. Vardaan finds Asha failing in her task. He doesn’t want Asha to waste more of his time. He wants revenge in Sid. He thinks to make a back up plan and work out. He wants to trouble Shashank soon. He hires Sid’s landlord to trouble Sid’s family. He wants Sid to get ruined. Asha demands Sid to come home with her. He refuses to her. She recalls Vardaan’s words.

She tries hard to break the handcuffs. She fails in her attempt. Ishani asks Sid to open the handcuffs and just go. Sid agrees to get separated by their own wish. He tells Asha that this isn’t because of her. Sid and Asha return home. They find the landlord demanding the money. Roshni tells Sid that she had taken the big loan for Guddu’s medical treatment. She tells that they are asked to leave the house if they fail to pay money. She cries that she didn’t wish to worry Sid. Sid doesn’t know what to do. He falls helpless.

Asha realizes that Vardaan is behind this. Sid still stays after Ishani. He doesn’t want her to hide her face. He tells her that he will always be after her. Asha taunts Ishani about their relation. She asks Ishani to remember that she is the second woman. She threatens to ruin Sid’s life. She asks Ishani to date some other guy. She tells Ishani that she will not spare Sid. Ishani makes a sacrifice of love for the sake of Sid’s well being. Asha asks her to stay away from Sid and use restraining orders.

Ishani gets helpless to obey Asha. Her behavior shocks Sid. Ishani feels love for Sid and doesn’t think he is doing anything wrong, since everything is justified in love. But, she doesn’t want Sid’s life or career to get harmed by Asha.