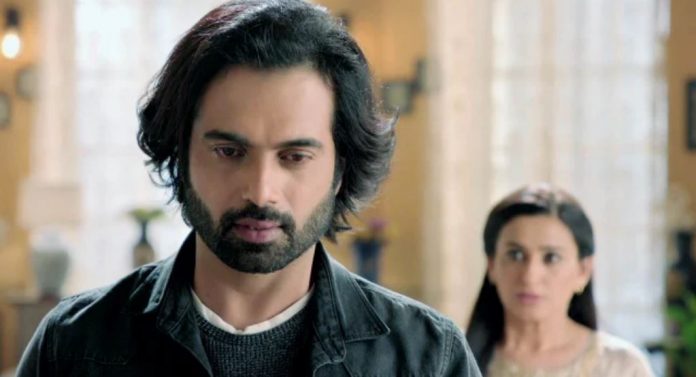 Starplus Unexpected huge twists Jadu Hai Jinn Ka There are two huge twists. Kabir turns out to be Aman’s twin brother. Roshni returns to Aman, but she doesn’t remember their past. Aman mourns for Roshni’s death. He feels shattered that he didn’t value her love. He knows she has accepted death just to save his life. Kabir finds him a weak person to cry for love. He tells that Roshni’s love had made Aman a weak person for life. He goes to the family to meet Parveen.

He reveals the big shocking truth that Parveen is his mum. Parveen hides him from everyone. She admits the truth that he is her elder son, whom she kept away to save from the Jinn. Kabir asks him why did she abandon him. He doesn’t want to go away. He wants to rule over everything. She tells him that she has saved his life and risked Aman.

She tells that he should protect Aman and not hurt him. She reprimands him for attacking Aman. He tells her that he wants to rule over the Jinn world. Parveen tells him that its her dream to rule as a queen over the black spirits. She wants to conquer. She asks him not to challenge her and try to remove the ring from her ring. When he fails, she tells him that he isn’t her heir yet. Aman spots Kabir and questions his identity. Parveen and Dadi reveal that they had sent Kabir away to save him from the Jinn.

Dadi wants the family to give love to Kabir. She asks Parveen to let Kabir stay with the family. Parveen wants to keep her sons separated so that she can reap benefits from their powers. She has evil motives. She has taken advantage of her family. She is the root cause of all problems. Aman sinks in sorrow while reminiscing Roshni. Kabir wants to become the Jinn and kill Aman to get rid of him. He attacks Aman. He wants Aman to die.

Aman dies and goes in the world of angel. He then gets saved by Roshni once again. He revives only to find that Roshni is alive. He finds her grave empty. He finds Roshni and rushes to tell that he is her love. Roshni denies to know him. She has forgotten Aman and her love story. Aman is glad that she has back and hopeful to remind her their love.