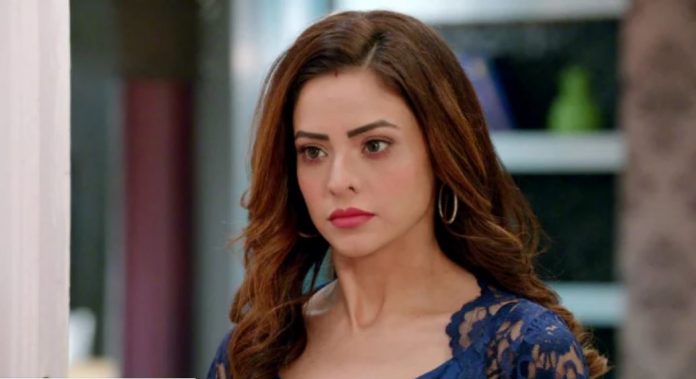 Kasauti Zindagi Prime Starplus Upcoming fury track Prerna tries hard to reach Anurag and save him from Komolika’s wicked plans. Komolika makes the video call to show her romance with Anurag and make Prerna jealous. She asks Prerna to just enjoy watching. She mutes the call. Prerna shouts to Anurag, but fails to reach him. Komolika and Anurag have a dance, while he isn’t in his senses. Komolika tells Prerna that she can’t show her the entire love drama. She turns Prerna worried. She switches off her phone, while Ronit is trying to call her to alert her about the goons. He is much worried thinking the killer has reached the hotel to kill his sister. He wants to go there and stop her from facing the huge threat.

Prerna tells Shivani that they have to reach the hotel before Ronit. They rush and reach first. Prerna wants Shivani to trick Ronit by a disguise. Shivani fools Ronit by a fake drama. Ronit thinks she is the killer and has entered Komolika’s room. Ronit follows Shivani and loses track. Prerna goes to the reception to ask for help and call the police. She tells them that Anurag is going to get attacked by his business rival. She asks the manager to inform the police, else he will be regretting a lot for not believing her.

The manager gets convinced since she appears serious. Prerna manages to get the police and trap Ronit. Ronit rings the bell to meet Komolika and alert her. Komolika doesn’t open the door. He thinks the killer is hiding inside. He goes to enter the room by the window. His entry shocks Komolika. She reprimands him for breaking her private moment with her husband. He explains the critical need to come. He tells that Prerna has hired a killer to get rid of her. Komolika understands that Prerna has fooled Ronit well. She asks him how can he be so stupid to believe that middle class girl like Prerna can hire a killer.

He tells her that he has really heard Prerna’s planning. She gets a shock when she finds Prerna and the cops at the door. Prerna tells her that Anurag’s life is in danger. Ronit wants to save Komolika. She quickly hides him in the washroom. Prerna enters the room with the help of the police. She finds Anurag semi-conscious. She ruins Komolika’s plans. Komolika tells that there isn’t any killer there. She doesn’t know what to do. She goes to slap Ronit and scolds him for getting the police. She learns that Prerna has called the police.

She is angry that Ronit ruined her plan by becoming a huge fool. Anurag realizes Prerna’s presence. Prerna asks Komolika to get away from Anurag’s life. Mohini learns about the attack on Anurag. She gets angry on Komolika, who clears that it was just Prerna’s plan to fail her romance. She gets revengeful against Prerna. She wants to snatch everything from Prerna, her happiness, her dear ones, her peace and her love Anurag. What will Komolika do now? Keep reading.