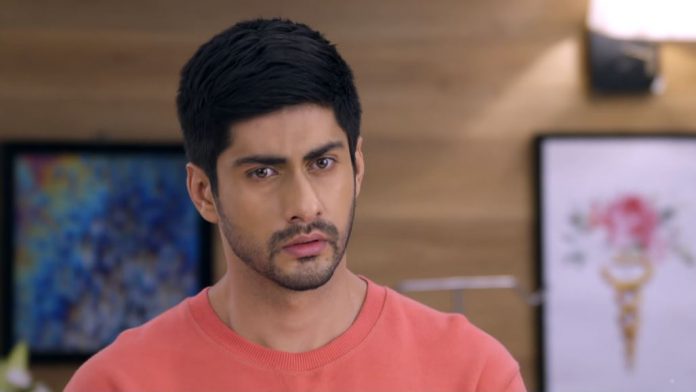 Sanjivani Shocking declaration awaits Sid and Ishani Ishani wants to get up and come out of the state of coma. She finds everyone pitying her. She wants to get back to Sid. Sid asks the staff to not bother Ishani and stay out of the ward. Sid stays with Ishani. He asks her to get well soon. He wants to tell her that he just loves her. He tells that once she gets fine, he will again get after her to persuade love. He wants to unite with her and keeps hopes high. Asha finds them sad and cries.

She regrets her doings. She never thought she will be hurting them so much, being their good friend. She didn’t realize when evil had blinded her completely. She now gets clear of her emotions when Ishani had sacrificed her life. She knows Ishani is true at heart and always wished for her good. She also knows that Sid his heroic, good-hearted and very humble. She thinks Sid will forgive her.

Asha goes to apologize to Ishani and Sid. She asks them to believe her. She cries seeing Ishani in coma. She tells them that she is apologetic and isn’t faking any emotions now. She tells that she is ready to accept her mistakes and get punished. She just wants their forgiveness. She is indebted to them. Vardaan meets Neeti and bribes her to help him ruin Sid.

He tells that Sid regards Neeti as his sister and saved her life with much difficulty. Neeti doesn’t want to hurt Sid. Vardaan tells her that she should listen to him if she wants a good life for her younger brother. Neeti gets convinced.

Vardaan also meets a chemist to execute his evil plan. Sid asks Ishani to wake up and come back to him. He gives the good news that he had arranged a heart for Karan’s son. He understands Karan’s emotions for his son. He supports Karan’s concern and helps him. Ishani feels proud of Sid. Sid tells that the heart transplant surgery was successful. Asha gets the marriage annulment papers to free him from the unwanted marriage. She asks Sid to sign the papers. She ends her relation with Sid. She tells that their marriage was just a pretence, its better to end it. Sid doesn’t believe it. Sid tells her that he won’t fall in her trap.

She tells him that he can now be with ishani. She wishes they unite. She tells that she was helpless to do this, but she can’t reveal the blackmailer’s name. She asks them to forgive her. She promises to look after her son, like Roshni raised Sid. She admires Sid and Ishani’s papers. Sid and Ishani get too happy to know that they can marry now. Sid will try to find about his dad, Shashank.