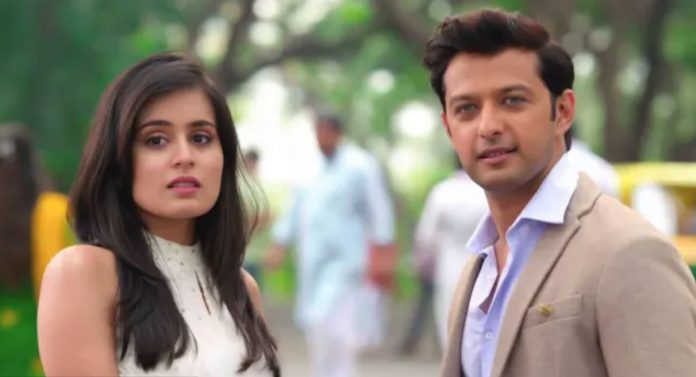 Rishtey Pyar Mishti Nannu unexpected wedding fix Mishti wants to know Abir’s feelings. Jasmeet questions Nannu about his feelings. She is worried that Mishti will become her Bahu. She isn’t sure to accept her, since she never imagined such an alliance. Meenakshi threatens Vishwamber of dire consequences. She tells him that Mishti has broken her heart by hurting her sons and she will not forgive Mishti. She threatens to torture Mishti once the latter becomes her Bahu. Vishwamber is worried that Meenakshi is already threatening. He doesn’t want to support Mishti’s love for Abir, since her future will get at risk. He falls in danger, but gets saved from the accident.

Abir witnesses this and is worried. Jasmeet and Rajshri ask Nannu about Mishti. He tells them that Mishti is just his friend. They want to know his feelings. He tells that he can never see Mishti getting hurt, she matters to him and he will always secure her. He tells her that he feels a responsibility towards his friend. Vishwamber gets glad to hear him. He thinks Nannu will be a good match for Mishti. He wants a secure life for Mishti, which she won’t get if she marries Abir. He is afraid that Meenakshi will always play a vamp in Mishti’s life.

Mishti goes to meet Abir at his home. She doesn’t see her. She gets her gifts kept nicely and thinks that he still loves her. Abir senses her coming, but isn’t sure. Mishti runs away. He learns that a thief had come home. He thinks if Mishti had come home. He thinks Mishti has moved on in her life. He doesn’t want to keep any hope. Kunal is depressed to know the bitter truth that he is Parul’s son. Kuhu tells him that she has undergone the same pain when she learnt that she isn’t Varsha’s daughter. She consoles him and asks him to accept the truth. She motivates him and shares an emotional moment with him.

She reminds his mistake of attacking Nannu by spiking the drink, which left Mishti angered. Meenakshi scolds Jugnu for losing his uniforms always. She orders a gold pot. She thinks to handle Kunal. Vishwamber tries to know Nannu’s feelings for Mishti. He plays a game with Nannu. Nanu tells the family that Kunal is Parul’s son. He wants everyone to love Kunal the same way. Abir takes care of Kunal. The family cheers up Kunal and embrace him. Vishwamber decides to get Mishti married to Nannu. He wants Mishti to give her consent by trusting his decision.