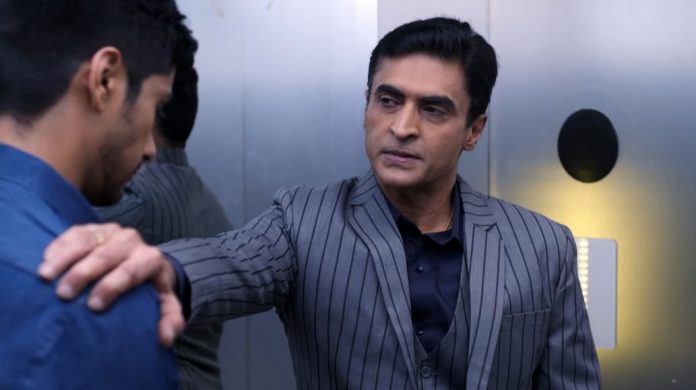 Sanjivani Big revelation Shashank Sid blood ties Asha convinces Sid for signing the annulment papers. Sid tells her that he still can’t trust her. He takes the risk just for the sake of Ishani. He wants something good to surprise Ishani when she wakes up. Ishani and Sid get happy that Sid’s marriage is finally annulled. Ishani wants to wake up from coma and get back to Sid. She thinks if she doesn’t ever wake up. Sid persuades her to get back to normal life. Asha wishes them all the best for a good future. She apologizes to them again. She goes to meet Vardaan. Ishani reacts and her BP shoots up. Sid rushes to get the doctor and learns that she is fine.

He wants her to come back to him soon since he can’t live without him. Meanwhile, Vardaan awaits Shashank in Sanjivani so that he can take revenge. He wants Sid to get ruined. Asha meets Vardaan and ends his overconfidence by winning a chess game. She warns him that she can reveal his crimes to Shashank, Juhi and Sid. She refuses to work for him again. She asks him not to exact revenge on innocent Sid and Ishani. She tells that he will also have to bear the consequences of his bad actions.

She leaves Vardaan enraged. Asha goes home and packs her bags. She apologizes to Sid’s famly. She promises to change herself and not trouble them again. She is leaving from Sid’s life. She alerts him about his enemy hiding close. She asks him to find his dad. She tells him that she would have told the culprit’s name if her child wasn’t in risk. Sid gets the hint and asks Roshni about his dad. He wants to know who is striking him. Vardaan thinks Shashank has come back to Sanjivani and its time to begin his plan.

He realizes that Shashank didn’t arrive yet. Juhi tells that Shashank is still busy in seminars. Vardaan wants Shashank to come back soon to see Sid’s destruction. He doesn’t want anyone to ruin his plans. Vardaan will reveal Sid and Shashank’s relation. He plots defamation for Sid by putting a big allegation on him. How will Sid save himself from Vardaan’s trap? Keep reading.