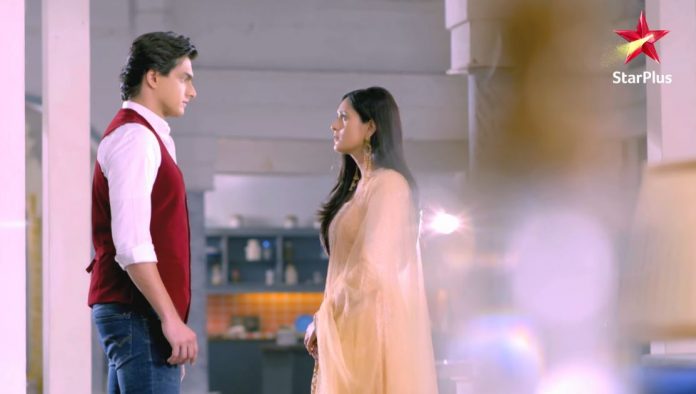 YRKKH Kartik Vedika Deal Weird twists Spoilers Vedika becomes the kidney donor for Naira. Kartik gets indebted to her. She hugs Vedika and thanks her. Vedika keeps a deal in front of Kartik. He is seen pleading to Vedika to save Naira’s life. Vedika and Kartik hide their secret deal from the family. Kartik wants Naira to get back to him. He cries for Naira and sits talking to her for long time. Kartik had seen a nightmare that he is going to lose Naira forever. He visualizes her to go towards the fire by leaving his hand. Kartik tells Naira that he had a deal with Vedika, he is compelled to not cancel the marriage with Vedika. He admits that he will just love Naira.

He will be just a frog of his lioness. He tells that he can’t live without Naira, even Kairav needs her. He begs Vedika to save Naira’s life for his sake. Vedika admits that she will give her kidney to Naira, but on one condition, that he will not leave her. She tells him that she can give her life for him, but she can’t share him with anyone. She wants him to keep their marriage. Kairav cries for Naira. Kartik falls helpless and accepts Vedika’s condition. He knows that its important to save Naira’s life first.

Nimki Vidhayak: Nimki and Ganga play the Ludo game. Ganga asks Nimki whom will she favor now, why didn’t she give her a vote before. Nimki tells that she will just support her. She asks Ganga not to worry. Ganga reminds the last time incident which made her lose the faith in the party. She tells that she won’t be able to save her if she breaks their trust again. She warns Nimki. Nimki promises her to support and asks her not to worry about the voting. She tells that no emotions will change her decision now.

On the other hand, Mahua plays football with all the girls. Sanjeev gets angry when the girls plan an outing. He asks them to get back to their rooms. Vimla tells Nimki that Mintu is really good for her. Nimki asks her not to dream such things. Tunne tells her that Mahua isn’t answering his calls. Nimki tells that maybe Mahua is busy in the good hotel. Sweety tells Nimki about the beauty competition results.

She thinks where did Mahua go when she didn’t participate. Mahua feels caged there. She tells the girls that something is wrong. Sanjeev doesn’t want to make any mistake. Nimki, Abhimanyu and Tunne get worried for Mahua. Abhimanyu promises to find Mahua and get her back home.