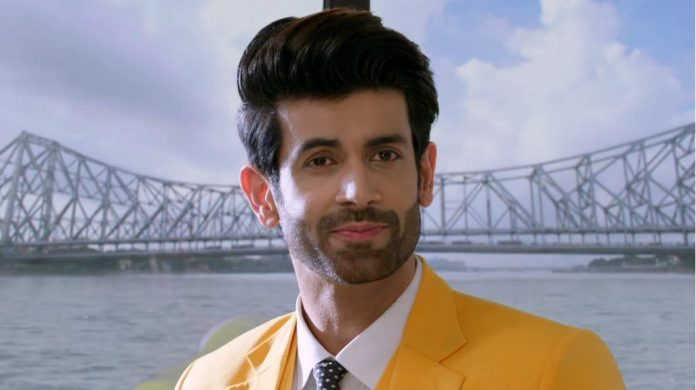 Kasauti Ziindagi Viraj entry New marriage twist for Prerna There is a new entry of Viraj in Prerna’s life. Anurag meets his new PR manager Viraj. Viraj has great ideas for Anurag’s business. He promises to take Anurag’s business to huge heights. Anurag tells that he is trying hard, but failing. Viraj tells him that his ideas will really work. Anurag likes his ideas. He is impressed by Viraj’s work model. Prerna learns about Anurag’s meeting with Viraj. She stops Komolika from entering the cabin, since Anurag is busy. Komolika tells that she is Anurag’s wife and has a right to go in. She tells that she has come to give Anurag’s phone to him. Prerna doesn’t want to do any work for Komolika.

Anurag thinks about her advice when he finds Viraj caring for Prerna. Nivedita hears Komolika’s plans and questions her. Komolika tells her that she wants Prerna to settle down with a nice guy like Viraj so that she leaves being after Anurag. She wants her husband to be just of her. Anurag feels Prerna really needs someone. Nivedita feels happy that Sonalika is too good hearted, that she is wishing good for Prerna. She tells that Sonalika should have enmity for Prerna, but she has all the good intentions. Anurag wants to talk to Prerna. Prerna understands that Anurag loves her when he doesn’t even remember her.

She shares her feelings with Shivani. Anurag feels Viraj is really a good person and deserves Prerna. Anurag meets Sharma family and tells them that he has got a proposal for Prerna. Shivani runs to give the good news to Prerna that Anurag has come with a proposal for Prerna. Prerna is much delighted. She assumes that Anurag has got the proposal for her from his side. The family also thinks that Anurag is finally leaving his wife and marrying Prerna. Anurag tells Prerna that he has promised her that he will make her life better. He tells that if she trusts her, she should accept his decision.

He asks her to marry Viraj, the guy he has chosen for her. He wants her to live her life well and not care for anything else. Prerna can’t believe this that he is wanting her to marry someone else. Veena thinks if Anurag has taken this step, then he will never get his memory back. She knows that Prerna can’t live alone all her life. She wants Prerna to marry Viraj. Prerna doesn’t want to marry anyone. Anurag wants to know about Prerna’s husband. Prerna hides the truth from him for his mental health and agrees to marry Viraj.