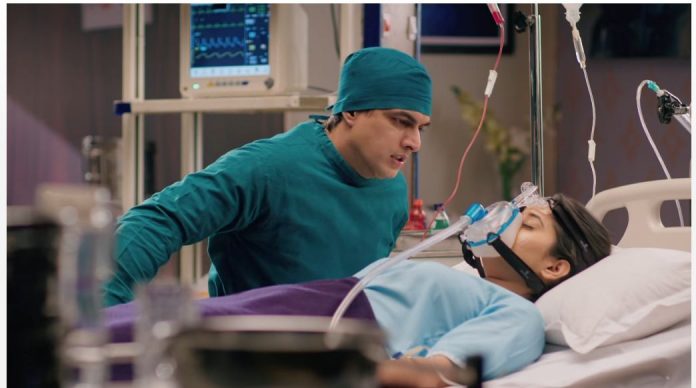 Yeh Rishta Starplus Preview upcoming Peril Kartik Naira Kartik begs Vedika to donate the kidney to Naira so that they can save Naira’s life. He gets desperate to get help for Naira. Vedika tells him that she is willing to donate the kidney and save Naira, but she wants a promise from him. Kartik doesn’t realize what she is going to ask. He is ready to give her anything just for Naira’s sake. Vedika keeps a shocking condition. She tells him that he has to promise lifelong togetherness so that she is never left alone. She tells that she will save Naira, who already has entire family and Kairav with her. She cries her loneliness. She tells that she will not bear the sorrow alone.

She wants Kartik to keep their marriage. She confesses that she loves Kartik a lot. She tells that she can give away anything to Naira, but not her husband. She shows her rights on Kartik as his wife, since their divorce couldn’t accomplish. This shocks Kartik the most. He can’t believe that she is asking for a big price to save Naira. She tells him that she doesn’t care if he finds her selfish, still she would keep her terms. She wants Kartik to decide soon if he is ready to accept her terms. Kartik is in dilemma.

He can’t give her such a promise. He tells her that he wasn’t sure of her nature till now, but he knows her very well now. He thinks she is much evil-minded, that she is benefiting from such a worse situation. The family is also worried thinking if Vedika will agree to become the donor for Naira. Dadi is sure that Vedika isn’t the one they knew before, she will surely ask for some advantage if she agrees to give the kidney to Naira. Dadi doubts Vedika. Manish and Suwarna don’t want Dadi to be negative thinker always. They are hopeful that everything will get fine. Kartik learns that Naira’s heart beat is low.

He wants doctors to save her. Kartik gets compelled when Vedika builds up the pressure on him. She tells him that she wants him some how, she can’t give him to Naira. She asks him to decide soon, since Naira is awaiting the surgery. Kairav and Vansh reach the hospital and try to find the family. The family learns that Kairav and Vansh have come to the hospital. They try to stop Kairav from seeing Naira. Kairav sees Naira and screams out. Kartik finds him there and gets worried. He tells Kairav that Naira got hurt, but she is fine. Kairav makes him promise that he will make Naira recover. Kartik feels pressurized.

He has to keep his promise to Kairav. He accepts Vedika’s condition. He asks her not to tell the family about their deal. He tells that once Naira gets fine, he will tell the family about the deal. Samarth and Gayu manage to take the kids home. Kairav wants his mum back. Kartik tells Naira that he is saving her life to save his life. He tells how much he loves Naira. The family is thankful to Vedika for her kind donation.

They think Vedika is making a selfless sacrifice. They don’t know that Vedika has already taken the price from Kartik. Vedika doesn’t feel guilty. She goes for the surgery. Pallavi gives a shocking news that Vedika is stable after the donation, but Naira isn’t. This worries Kartik a lot.