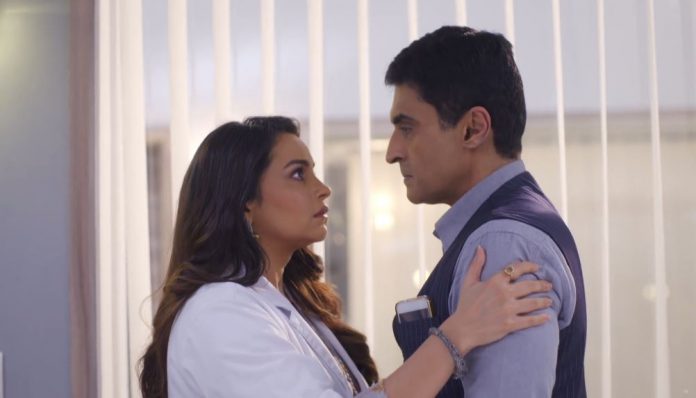 Sanjivani Huge revelation of Shashank’s truth lined Vardaan lays a tough trap for Sid. He is sure that Sid will get completely ruined this time and even Shashank won’t be able to help him. He tells that Shashank won’t be knowing his real relations with Sid until he watches Sid’s destruction. He wants to disclose the truth after ruining Sid completely. He hires someone to keep a watch on Sid, Ishani and Rahil, who are trying to find the hidden enemy. He knows that Ishani will not give up and try to save Sid. He doesn’t want Ishani to come in his way. He decides to knock out Ishani if she comes to hinder his plans. He doesn’t want anyone to ruin his game this time.

Meanwhile, Sid wants to meet Vardaan and know his revenge motives. Ishani bounds Sid from this step by much difficulty. She asks him to realize how clever is Vardaan that he isn’t leaving any evidence behind his evil plotting. They know that even Asha isn’t in contact now. Ishani is sure that Vardaan is venting his revenge on Sid. She asks Sid not to let Vardaan play mind games with them. She tells him that they should make a proper plan and get evidences against Vardaan. Sid understands her.

He shares the truth with Rahil, who agrees to support him in exposing evil Vardaan. Vardaan sends the spy after them to monitor them. Roshni breaks down seeing Shashank’s picture. She doesn’t know if Sid will be able to handle the bug truth that Shashank is his dad. She feels Sid has a right to know the truth. She wants to tell the truth to Sid soon. She regrets to raise Sid without his dad. Ishani finds Vardaan in corridor and goes to his cabin. She sneaks in and looks for the evidences. Sid and Rahil try to find Neeti and Prakash.

They fail to find Neeti and also the chemist. They realize that there is some huge conspiracy going on. Ishani gets an evidence and checks it. She finds it strange that someone copied Sid’s handwriting to give the fake prescription. She asks Neil to call Sid to Sanjivani. Sid and Rahil fail to find any witness or statement. They get the call and return to Sanjivani. Ishani leaves from Vardaan’s cabin. Vardaan praises the inspector for getting all the CCTV footage. He doesn’t want Sid to get any evidence. He enjoys the game. Sid and Rahil come back to Ishani. Sid and Ishani have a moment. Neil finds someone spying and tries to catch him.

Ishani shows the evidences to Sid. Sid and Rahil get sure that Vardaan is after the conspiracy. Ishani tells them that they have to gather more evidences to defend themselves in the board meeting. She doesn’t want any risky patch on Sid’s career. Sid feels proud of Ishani’s clever spying. She tells that they will expose Vardaan very soon. Vardaan likes the game becoming interesting. He realizes that someone had been to his cabin. He wants to strike Sir such a way that no one helps Sid. He awaits Shashank to be a witness of the huge drama. Sid and Ishani get close to get another proof against Vardaan.