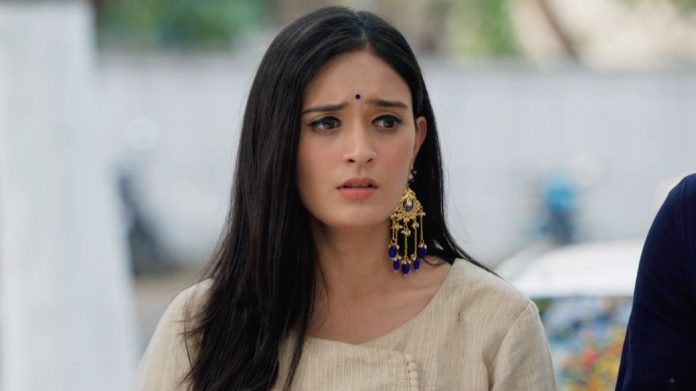 Yeh Rishta Tonight Shocker for Goenkas Vedika exposed Kartik lies to Naira that doctor asked him to stay away from him due to the high chances of infection post the surgery. Naira cries on hearing him. She tells that she isn’t scared of the infection. She asks him about Vedika. Kartik goes to hug her and weeps. He feels helpless to hide the truth. Vedika cries on seeing them hug. She feels bad. Kartik tells Naira that Vedika has given her kidney to her and saved her life. Naira tells Vedika that she can’t thank her enough for the big sacrifice. She tells Vedika that she didn’t expect her to make this move when she has already taken over Vedika’s happiness in the form of Kartik. Kartik and Vedika stay silent.

Vedika doesn’t feel guilty at all. She feels she is just taking her rights back. Kartik wants Naira to get fine soon. Naira thanks Vedika for returning her to Kartik and Kairav. Kartik wants to tell Naira about the deal. Pallavi stops them from talking further. She tells them that both Naira and Vedika have undergone surgery and family members can’t talk to them so much. She tells them that just Kartik can meet Naira for a short time and get update on her health.

She doesn’t want anyone to know the truth that Vedika hasn’t donated the kidney and is cheating Kartik. Naira recovers in a few days time. The Goenkas decorate the house and await Naira. They are very happy and hope that Naira comes soon. Dadi tells that she has asked the lawyer to get a date for Kartik’s divorce hearing. She tells that Kartik will divorce Vedika and soon bring happiness home by marrying Naira. She gets into celebrations mood. She wants Kartik and Naira’s marriage to happen as soon as possible, since her heir Kairav is also away. Singhanias await Vedika at home. Naksh prepares cup cakes for his namesake sister.

He tells the family that he will go to the hospital and get Vedika home. Kartik feels stressed that he has to take Vedika home instead of Naira. He complains about his fate. He loves Naira a lot and can’t give Naira’s place to Vedika. He tells that the situation is out of his hands. He worries about the family’s reaction. Naira gets ready to go home and is much excited. Pallavi makes Vedika ready. She bursts anger on the nurse who gets Vedika’s medical file. Nurse finds it strange that Pallavi isn’t even allowing any staff around Vedika.

Naira learns that Vedika is on mild medication despite the surgery. She wants to know the facts. Kairav and Vansh happily dance that Naira is coming home. They see Kartik’s car. They run to get Naira. Goenkas dance on the dhol music and welcome their Bahu. They get a shocker on seeing Vedika with Kartik. They think that Vedika has come with Naira to meet them. They don’t see Naira and question Kartik. Naksh takes Naira home, which surprises the family. Naira is upset that Kartik asked her to go to her family. Naksh also doesn’t understand Kartik’s decision. Goenkas ask Kartik to get Naira home. Dadi asks Kartik about her Bahu.

Kartik takes a stand for Vedika and shocks them by telling that Vedika is his wife, Goenkas’ Bahu. He cares for Vedika and protects her from everyone’s taunts. Dadi reprimands Vedika for dealing Naira’s life for Kartik’s happiness. She knows that Vedika planned the attack on Naira to stop her divorce with Kartik. She vents anger on Vedika. Kartik knows that Dadi is right, but can’t tell the truth. He stays numb and goes with Vedika.

Dadi tells the family that she knew Vedika is planning some evil. She tells that Vedika has sold the kidney for the price of Kartik’s happiness. She cries thinking of Naira’s sorrow. Suwarna tells that they should be grateful that Vedika saved Naira’s life. She doesn’t know that Vedika isn’t the kidney donor. Vedika asks Kartik to always support her and not meet Naira. She permits him to just meet Kairav. Kartik tells her that he remembers their deal conditions well. Naira doubts on Vedika and shares it with Dadi. Dadi tells her that Kartik is much unhappy. Naira wants to tackle Vedika.