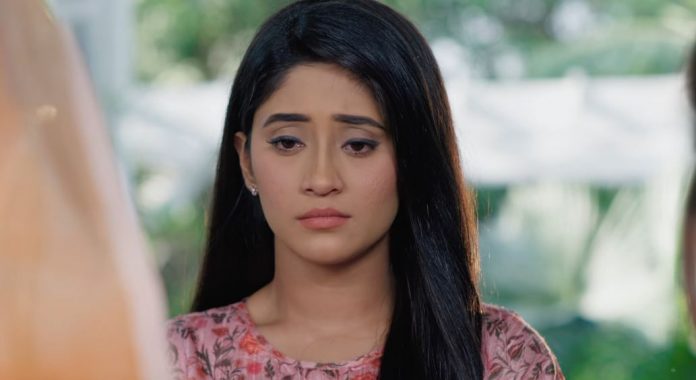 YRKKH Choti Sardarni Spoilers Upcoming News Goenkas celebrate Christmas. Kartik is having his pairing with Vedika because of the deal. Naira takes the disguise of Santa and celebrates Christmas with Kartik and Vedika. Naira recovers completely and then abandoned by Kartik. The story goes ahead with a short leap. Vedika stays with Kartik. She thinks Kartik will gradually accept her. Kartik is still compelled by Vedika. Naira tries to stay happy with Kairav. Kartik is trying to accept Vedika’s condition. Naira feels something is wrong with Kartik. She wants to know the deal so that she can help Kartik. Goenkas also realize about Kartik and Vedika’s deal.

Vedika is trying to win Kartik, while he hopes to unite with Naira. Vedika makes him a slave. Kartik hides the truth from family and pretends happiness. Dadi hates Vedika for the deal. Kartik doesn’t feel Vedika is completely negative. He has to break Vedika’s illusion and end his marriage. Kairav finds Naira crying and consoles her. He doesn’t know the real situation his parents are facing. Naira hides the tensions from Kairav. Naira learns about Vedika blackmailing Kartik. The truth comes out during the Christmas celebrations. Naira learns that Vedika didn’t donate kidney to her and fooled Kartik. Naira shares the truth with Dadi. Naira and Dadi team up to teach a lesson to Vedika.

Meher and Sarabjeet have cute romantic moment at the construction site. Sarabjeet and Harleen have an argument regarding Meher. Harleen ignores him. Meher feels bad for him. He slips away and falls down the building. This shocks Meher and Harleen. Meher takes the daring step to save him. He doesn’t want her to risk her pregnancy. She doesn’t care for anything and saves his life. Harleen thinks Meher is selfless and didn’t think of her child while saving Sarabjeet. Meher tells him that she was scared to lose him. Sarabjeet showers love on Meher. He is protective towards Meher and coming child. He doesn’t want her to get hurt.