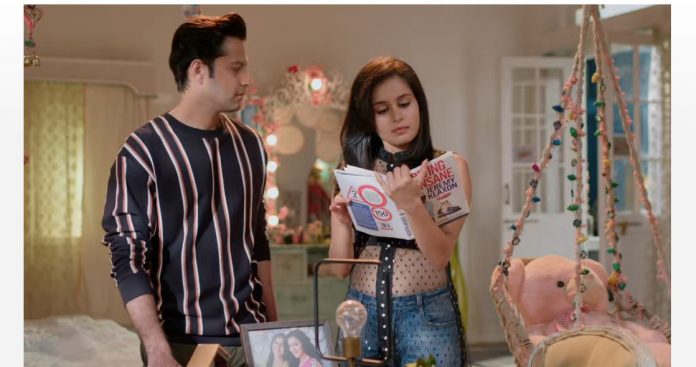 Rishte Pyaar Starplus Mishti wedding bells Abir in shock questions Mishti about her great act to send the letter and act normal. Mishti was expecting him to patch up with her after reading the emotional letter. Mishti asks him about his decision. He misunderstands her. He thinks she wants him to move on by accepting the fact that she has moved on. Meenakshi had swapped the ,letter and created this huge misunderstanding between them. Mishti confirms if Abir read the letter. He tells that he is reacting such only after reading the letter.

He tells that there is nothing left to talk between them. He doesn’t understand why did Mishti come back if she decided to leave him. With answered questions, they both part ways. Mishti feels Abir has stopped respecting her. She wants to keep her self-respect by marrying Nannu. She goes home, while Parul sees her. Parul wants to know the reason for Abir and Mishti’s arguments. She wants to talk to Abir. Nanu asks her to help him in solving Abir’s problem. He tells her that though Abir appears fine, he is shattered within, he is faking his happiness just for their sake. He tells that he has never seen Abir so sorrowful.

He wants Parul to know Abir’s sentiments, which he is keeping a secret from everyone. He asks Parul to just help Abir overcome this sorrow of losing his love. He wants to know the reason for Abir ending his relationship with Mishti. He didn’t expect Abir to leave Mishti this way. Parul hides the truth that Meenakshi compelled Abir to break up by threatening him about Kunal’s future. She can’t even blame Meenakshi, who claims that Mishti doesn’t fit in their family. Parul tells him that she loves Abir as her own son.

On the other hand, Mishti is blessed with a loving family, who leaves her life’s decision on her. Vishwamber has chosen Nannu for Mishti. He still left the decision to Mishti. He just wants Mishti to keep her esteem and not fall for Abir, who can never give her a happy life because of Meenakshi. He liked Abir a lot and was happy that Mishti will marry Abir. With time, his perception about Rajvansh family changed. He wants Mishti to marry the guy who can secure her happiness. He thinks if Mishti refuses for the alliance, it would mean that she has no faith in his decision. Mishti tells Vishwamber that she is ready to marry Nanku.

She believes in Vishwamber’s decision, which can never be wrong for her. She tells him that she can’t afford to lose her family. She asks Nannu if he is ready for the marriage. Nannu wants to marry her. Mishti’s decision brings happiness in the family. Nannu asks Mishti if she is happy too. Mishti thinks of Abir all the time and hides her sorrow from the family. She pretends to be happy. She tells Nannu that she isn’t sure that their loveless marriage will work. Nannu assures that their friendship and faith will make it work.

He asks her to give a second chance to her life by forgetting Abir. He tells that his friendship will turn into love, which is enough to balance their lives. She tells him that she is tired of her life and now wants to be happy. He promises that they will never have any misunderstanding that rocks their lives down. Vishwamber and Rajshri get happy to see them together.