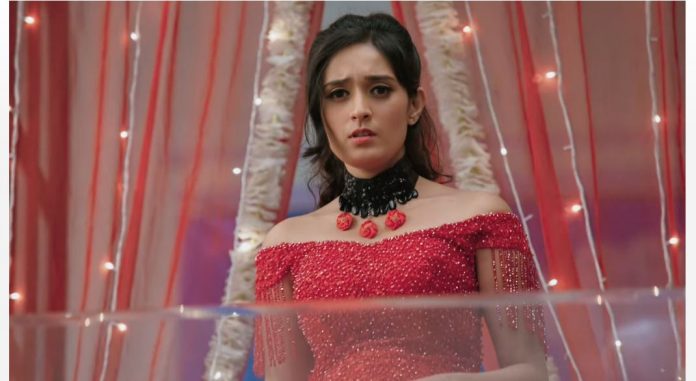 YRKKH Kartik condemns Vedika Ugly plan exposed Vedika is busy planning her honeymoon trip. Naira sends Kairav to Kartik by an excuse. She asks Kairav to spend much time with Kartik. She wants to make sure that Kartik isn’t sinking in any sorrow. Kartik is happy to be with Kairav. Vedika feels Kairav is taking all of his time. She sends Kairav away. Kartik asks her what’s the problem. He doesn’t think she should have any issue with his son. She asks him to keep his promise from his heart. She reminds his promise.

Dadi records Pallavi and Vedika’s conversation. She gets a big shock. Pallavi sees off Vedika for the airport. Dadi makes an excuse to accompany Vedika and Kartik to the airport. She stops them on the way. She tells Vedika that she has forgotten to get Vedika’s check up done before the travel. She tells that she is the eldest in the family and has to make sure that everyone is fine. Vedika tells that she will call Pallavi. Dadi says if Vedika falls ill on the trip, then it will be a problem for Kartik. Vedika wants to ignore the check up.

Vedika tells that they will miss the flight if there is more delay. Dadi tells that she will send them by a charter plan. She asks Vedika not to risk her life. She asks Kartik to come along to the clinic, where a doctor will quickly examine Vedika.

Kartik learns Vedika’s truth. He calls the hospital and threatens the staff to get Vedika’s real reports. He learns that Vedika didn’t donate the kidney to Naira. He is filled with frustration on his foolishness. He angrily ruins the decorations. His trust on Vedika breaks. He hugs Naira and reveals that he has learnt Vedika’s lie even when Naira was hiding it. He asks Naira why was she punishing him by keeping him away. She tells him that she wanted a proof to expose Vedika. He tells that he doesn’t need a proof to believe her.

Naira tells him that if Vedika did wrong with them, then they can’t fall to same level to do wrong with Vedika. He tells that Vedika separated them. She tells that Vedika isn’t bad-hearted, she had earlier saved Kairav’s life as well. She wants to make Vedika realize her mistake. Kartik feels proud of Naira. Kartik tells her that he can now marry her. He dances happily that very soon he will unite with Naira. He dreams of becoming a groom and marrying Naira.