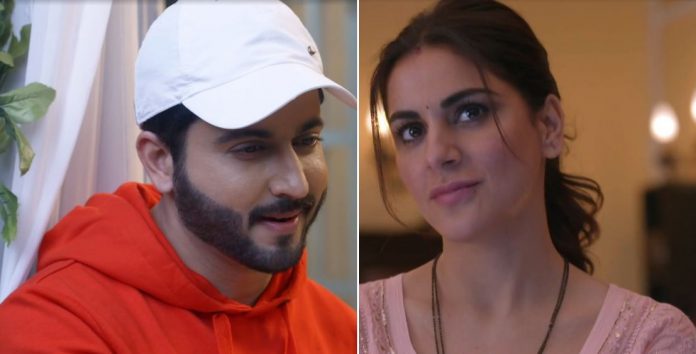 Kundali Bhagyaa New Twists Preeran Mahira Sherlyn Karan and Preeta call the police from two police stations. They argue to get credit for rescuing the people. Manja and his gang get arrested. Prithvi tries to get saved from the police. Police thinks he is also with the robbers. Sarla saves Prithvi by telling him that he is part of the family. Rakhi blesses Preeta for saving everyone. Inspector praises Preeta for catching the robbers smartly by electrocuting them. Prithvi gets back into his drama mode and fools Sarla.

He tells Sarla that he was in tension regarding them. He thanks her for saving him from the policemen. Rishabh also shows his gratitude to Preeta. Karan finds hard to thank her. Sarla tells them that Preeta hasn’t done anything for Luthras, but for the Kumkum Bhagya hall. Sarla feels proud of her daughters. She tells Preeta that she has done right to serve the Luthras and protect them. She feels she had lost her senses in anger, but Preeta kept her cool. Sarla is worried for Preeta’s future. She thinks of Karan and Preeta’s bonding.

She finds Preeta very brave to hide her pain from everyone. Shrishti also wants Sarla’s love. Sarla hugs her daughters. On the other hand, Rakhi narrates the entire robbery incident to Mahesh, who is still in coma. She tells him how her brave sons have saved her nuptial chain from the robbers. She was afraid to lose her life and get away from Mahesh. She tells him that she wants to stay happy with her happy. She wants to be selfish and wishes to see her family smiling. Mahira overhears her emotional talk.

Rakhi tells that she wants to live for her sons and shape their future. She tells him that Preeta and Shrishti have saved Luthras even after the huge differences between the families. She wants to get Preeta home, since Preeta is her Bahu, who loves the family selflessly. She feels that Preeta loves Karan, which is much evident now. She regrets to hurt Arora family. She praises Preeta for being a good-hearted girl. She tells Mahesh that Preeta is Karan’s wife. She wants to get justice for deserving Preeta. Rakhi wants Mahesh to break out of coma and accept Preeta as his Bahu, so that the family also accepts her on his word.

Mahira gets worried on realizing her weak position in the house. Sherlyn tries to know Mahira’s tension. Mahira breaks down and informs Ramona that Rakhi wants to accept Preeta as her Bahu. She asks Ramona to convince Rakhi. She wants to marry Karan. Ramona tells her that her dad is calling her often to know what’s happening here. She loses courage to tell him about Mahira and Karan’s engagement. Sherlyn also learns that Rakhi is thinking to accept Preeta.

She doesn’t want any threat for herself in the form of Preeta. She wants to get help from Kareena. Preeta gets thinking of Karan on seeing her Mehendi. Karan too gets falling for Preeta again. His heart gets melting for Preeta. Sameer wants Karan to realize his love and accept it. Shrishti wants Preeta to win Karan’s love. Preeta and Karan deny their feelings and later tend to accept.