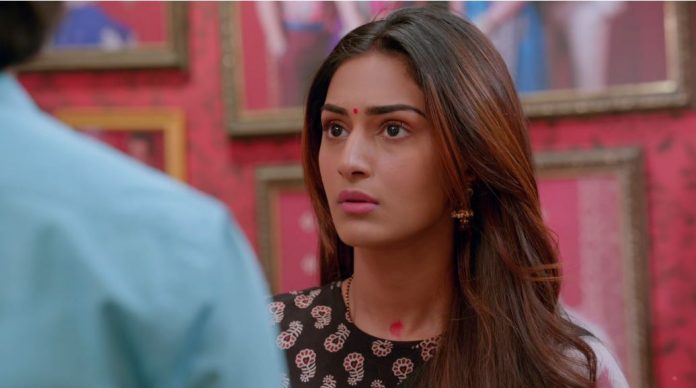 Kasautii Zindagii Looped murder attempt on Prerna Anurag gets his memories flash and faints down by the stress on his mind. Anurag’s condition worries everyone in the family. Prerna gets panicking, shouting and crying for Anurag. Viraj finds it odd. He still wants to believe that they are just best friends. Basus take Anurag to the hospital. Anurag doesn’t want to leave Prerna’s hand. Prerna sends him for the treatment. He stays occupied with Anupam’s words that Prerna was indeed special to him. Prerna cries for Anurag. She prays that he gets fine soon. Komolika alerts Veena that Viraj will leave Prerna if she doesn’t mend her ways. She asks Veena to stop Prerna from crying for Anurag.

Viraj feels bad seeing Prerna ignoring him and just worrying for Anurag. Veena also realizes that Viraj is getting hurt. She asks Prerna to come with her and be with Viraj. Prerna doesn’t listen to her. Veena goes to talk to Viraj. She wants to clarify that Prerna and Anurag are just friends. She hides the past that Prerna was Anurag’s wife and is carrying his child in her womb. Viraj admits that he felt strange seeing their bond, but he wishes that Prerna becomes his good friend too.

He wants to trust Prerna and understand her friendship. He asks Veena not to be worried about his thinking. He talks maturely and pleases her. Anurag gets conscious. Prerna prays for Anurag. Moloy tells Veena that Prerna just went to the temple. Komolika finds a chance to insult Prerna. She tells that Basus will hate Prerna for putting Anurag in risk again. Prerna doesn’t think so. She is sure that Anurag will remember the past and accept her. Komolika tells her that Anurag will just remember Sonalika, that’s his wife.

Prerna learns that Anurag is calling her. She runs to meet him. Anurag connects to her and confronts her about hiding about their close bonding. She is shocked and thinks he remembers the past. She tells Anurag that he is asking her as if he recalled the past. Anurag tells her that Anupam has told him about their special relation. Prerna can’t tell him anything. Komolika worries that they are together. Nivedita lies to Prerna that Veena fell down outside. She sends Prerna away from Anurag. She calms down Anurag. Prerna understands that Nivedita lied on Komolika’s word. Doctor breaks the good news that Anurag will soon regain his memory.

This brings happiness in the family. Veena doesn’t want Prerna to hold hopes again. She asks Prerna to move on with Viraj. She feels Anurag will never return to Prerna. Prerna meets Basus. She answers Komolika. She tells that doctor has confirmed that Anurag will get his memory back. She is sure that Anurag will just love her. She stops Komolika from slapping her. She lets Komolika worry on the situation. Komolika wants to kill her. Prerna shows her happiness to Anurag that he will soon regain his memory. He tells her that none looks so happy like her.

She tells that his family loves him a lot. Anurag asks her about their bonding, which is much more than normal friendship. He doesn’t listen to anyone. He asks Mohini isn’t she happy that his memory is soon going to return. Mohini and Nivedita worry for Sonalika. Moloy tells him about throwing the new year party. Anurag awaits Prerna in the party. Komolika and Ronit plan to kill Prerna.