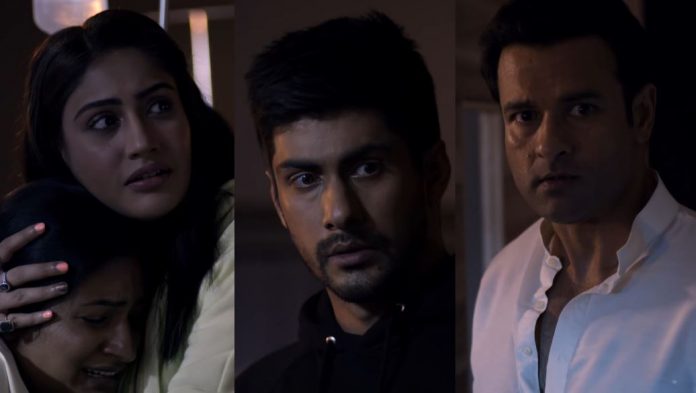 Sanjivani Starplus Horrific discovery Vardaan evil secret unveils Sid and Ishani will be unveiling the secret of Vardaan’s hidden chamber. Sid tells Ishani that he will make Shashank proud by clearing his name from the bad mess created by Vardaan. Sid tells her that he wanted to live with Shashank and call him dad. He regrets to lose Shashank so soon. He gets emotional seeing Shashank’s picture. He speaks his heart out. Ishani asks him to focus on exposing Vardaan. Ishani tells him that there is a CCTV camera which can capture them. Sid covers the camera to get saved from Vardaan’s monitoring. They are sure to find some proof.

They check the files in Vardaan’s luxury ward. They find out that Vardaan is receiving hefty amount of money on Shashank’s name. They think Vardaan wanted to trap Shashank in some scam. They don’t think that Vardaan can do this now, since Shashank is no more. Ishani tells Sid that they will have to leave before Vardaan comes. Vardaan meets Anjali, who mourns for her dad’s death. She tells him that she kept fighting with Shashank and didn’t know that he will leave her so soon. She wanted her dad’s presence and blessings. She cries a lot for Shashank.

She just wants to make Shashank proud by taking the best care of his dream, Sanjivani. She wants to make Sanjivani reach new heights. She tells Vardaan that she will head Sanjivani from now. Vardaan gets angered that she is challenging his plans. He tells that he is always with her. He acts supportive to her. She tells him that she will be strong and take up Sanjivani’s responsibility on her shoulders. He thinks to ruin Shashank’s children. He decides to forget Sid for some time and target Anjali first. He plans to frame her in the scam. Sid and Ishani hide from a doctor who leaves from the secret chamber.

They get to see the chamber opening and rush in to find Vardaan’s secret. They find out Vardaan’s big plan when they realize that he was monitoring on Shashank, Juhi and Anjali. Vardaan wants to take his revenge on Shashank’s children to make them beg. He doesn’t drop his enmity plans with Shashank’s death. He feels sorry to hurt Anjali, even when he likes her. Sid and Ishani go on to find the secret. They learn the shocking fact that Vardaan has kept some girls captive. The girls tell them that they have sold their lives for money, they turned helpless to sell their delivered children.

They ask Sid and Ishani to save them from Vardaan’s evil. Sid realizes that Vardaan is an evil-minded guy. Ishani promises to help the girls. Vardaan reaches the place to find out if anyone is spying. Vardaan calls the media to release the breaking news of the baby sale scam. He frames Anjali for the huge scam. Anjali is left in shock when Vardaan gives the statement against her. Vardaan wants Anjali behind bars. He thinks it will be easy to deal with Sid now. Sid and Ishani inform Vardaan’s scam to Juhi. They just want to save Anjali, knowing she is innocent. Sid and Ishani make a plan to prove Vardaan’s wrong. Will they succeed? Keep reading.