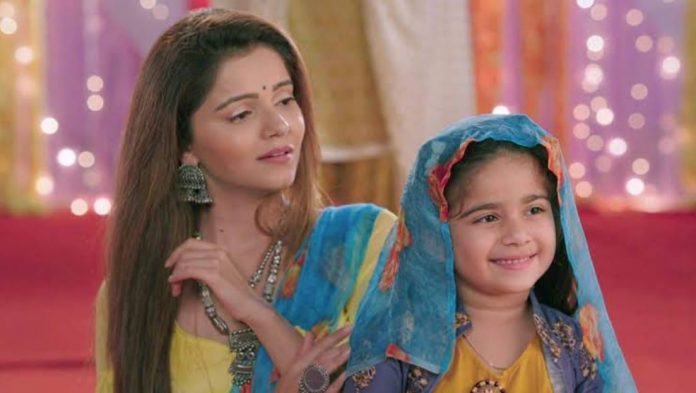 Shakti Tujhse Hai Raabta Zee Spoilers Upcoming Preeto tells that if no solution is found till tomorrow for Heer then she can never forgive herself. She calls Chameli and asks her to do something. Chameli brings a kinnar girl and tells the kinnars that she is Nutan. She tells Nutan that this is her new home from now onwards. She tells that they will do sanskar of Nutan. Heer asks Soumya if her sanskar will also happen. Soumya says her sanskar will not happen as she doesn’t belong here. She gets worried. Saya tells Soumya that the matter is about tonight only, they will win the bet tomorrow, will make Heer understand and tell her truth to her. Preeto plans to stop Soumya.

Tujhse Hai Raabta: Aahir cheats Kalyani and plans to kill Malhar, even after her marriage with Rachit. She asks Aahir to move Malhar from the place where he planned to hang him. Aahir says Malhar will be hanged now. Kalyani shouts. Mamta pulls the handle to hang Malhar. Malhar is about to get hang and falls. Kalyani runs in front of him, shouting his name and tries to rescue him. Atharv and Riddhi help Kalyani save Malhar. Malhar exposes Mamta.

Gudiya Hamari Sab Pe Bhari: Neighbors suggest Jia that Sarla shall go from the house for few days else she will be upset over Gudiya’s canceled marriage. Jia says Sarla will not agree. Gudiya hears them and tells Radhe that they shall send Sarla so that she forgets the happenings and come out of her pain. Radhe fights with Sarla intentionally so that she leaves the house. Sarla says she will leave. Gudiya says she has already packed her bags. Sarla gets doubtful, understands her plan and refuses to go.