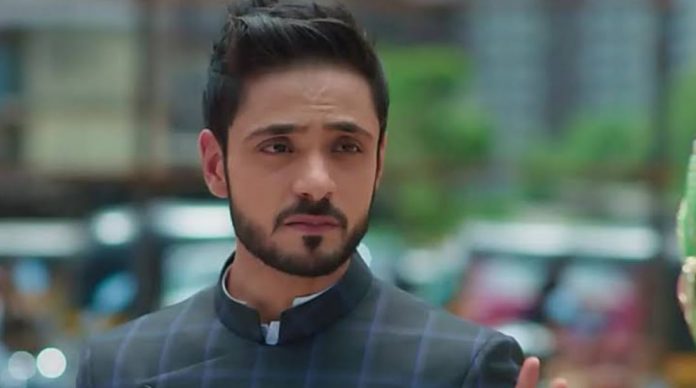 Ishq SubhanAllah Zee Kabeer attacks Shahbaz Kabeer makes a plan a take a disguise and meet Shahbaz. He takes a disguise and arranges a meet with his dad. Zara reaches there. Kabeer confronts Shahbaz and scolds him for his crimes. He asks him to sign on the crime confession document. Shahbaz refuses to sign. Kabeer gets helpless to attack his evil father. He wants justice for his dead wife Zara. Zara stops Kabeer from hurting Shahbaz. She doesn’t want Kabeer to commit any crime in anger. Kabeer didn’t wish to raise hand on his father. He gets too compelled because of Shahbaz’s crimes.

He doesn’t want to become evil like his father. He has good values of his mother. He limits his anger. He tries to explain Shahbaz that he is totally wrong. He accuses Shahbaz for killing Zara, and killing his humanity. Shahbaz doesn’t agree to Kabeer’s condition. He is sure that Kabeer won’t be able to prove anything. Shahbaz gets greedy for the political power.

Saransh gets injured. Prisha gets him treated and takes him home. She is much worried for Saransh. She wants to postpone the marriage. She feels she wasn’t alert and failed to take care of her son. She sinks in guilt. She thinks to call off the marriage with Yuvraj. Vasu and Gopal ask her not to blame herself. Prisha wants to focus on Saransh first. Saransh asks Prisha not to cancel the marriage. Yuvraj shows his understanding side. He tells Prisha that they will postpone the marriage until Saransh gets fine.

Saransh apologizes that the Sangeet got cancelled because of him. Yuvraj wants to marry Prisha just to get Saransh’s custody so that he can blackmail Rajeev forever to reap benefits from him. Yuvraj hides his evil intentions. Prisha has emotional tears for Saransh. She is marrying just to get a father for Saransh.