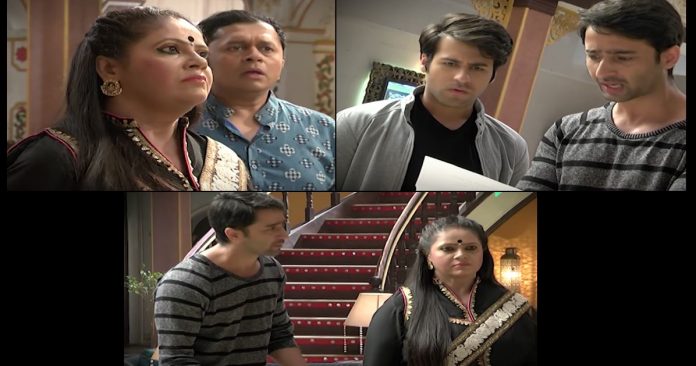 Rishtey Pyaar Biggest twist Abir threatened for marriage Parul tells Kunal that she wasn’t aware of Mehul’s fraud, she didn’t even know that he is married. She defends herself. Abir asks Meenakshi to stop the madness. He stops the police from arresting Parul. He asks Meenakshi what’s the condition this time, he will pay the price for Parul’s freedom. Parul asks Kunal to trust her. Meenakshi tells that Parul knew everything about Mehul’s scam. Abir and Kunal try hard to save Parul. Abir tells Meenakshi that he isn’t like her. He counts Mishti’s favors.

He tells that Mishti made their lives better, she saved Ketki’s life from getting ruined, she had sent Mehul to the jail and saved his (Abir) life from getting trapped in the fraud. He is happy that Mishti told the truth to Kunal and saved him from Meenakshi. He tells that Mishti had courage to tell the truth, now Kunal can take his decisions on his own, he won’t get into Meenakshi’s manipulations. Meenakshi stops Abir from the lecture. Meenakshi doesn’t want Abir and Mishti to unite. She warns Abir against insulting her.

She compels him to marry the girl of his choice. Abir asks her if she is serious. She blackmails him to get married the same day if he wants Parul free from the police. Kunal sees her devilish side for the first time. Kunal tells Abir that they will try to help Parul, Abir doesn’t need to make any such sacrifice. Meenakshi tells that she had made many sacrifices for the family. She tells that her intentions were always right.

She asks Abir to marry soon, so that Parul doesn’t spend any night in the jail. Abir is left in shock. Kunal and Abir get trapped badly. Meenakshi becomes the tough mother once again. She tells them that they were always united and happy, since Mishti came in their lives, everything changed. She blames Mishti for breaking Parul and her bonding. Abir asks her not to justify herself always. He wants to change Meenakshi’s thinking. Meenakshi doesn’t think she will ever like Mishti, who has a voice of her own. She tags Mishti wrong since she is losing Abir because of Mishti.