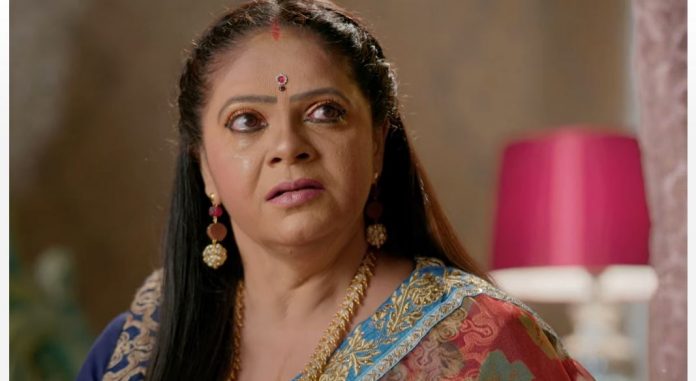 Rishtey Pyaar Shockers Stunners Meenakshi new trap Vishwamber and Rajshri ask Kunal about his move to get Abir home. Kunal tells them that Abir plays dhol well and he got Abir just to help Kuhu in the event. Kuhu knows Kunal is lying. She worries for the family. Abir tries to apologize. Vishwamber tells Abir that they don’t need any dhol artist in any function. Abir asks what’s the problem with his coming when Mishti has supposedly moved on in her life.

Mishti tells that nothing matters to her now. She asks Abir to leave from her house. Kunal and Kuhu apologize to Vishwamber after getting a warning. Varsha asks Rajshri if she is ready to forgive Abir since he has realized his mistake. Rajshri has no answer. Nannu overhears them and is confused. He goes to talk to Abir.

On the contrary, Mishti feels lonely when the entire family ignores her. She does some work and gets hurt. She gets more hurt seeing her dad not affected by her pain. She cries when Parul also disrespects her. Meenakshi never thought that she will lose her sons. Nanu wants her to realize her mistake. He feels that none had the right to snatch Abir’s love by asking him for the big sacrifice. Abir apologizes to Nannu. Nannu handles the matter well. He knows Abir is a nice person, but he came back too late. He tells that he knows Mishti well.

Abir praises Mishti. Nannu doesn’t think Abir deserves Mishti. He asks Mishti if she cares for Abir’s presence. She doesn’t show that she really cares, but Abir understands it well. He thinks Mishti still cares for him. Nidhi helps Meenakshi. She tells that she is supportive of Meenakshi. She also blames Mishti for all the problems. She tells that Meenakshi has a big heart to keep Parul at home and give her a good life.

She gives ideas to Meenakshi to throw out Parul from the house. Vishwamber wants to know if Mishti asked Abir to go away. Mishti asks him to take a decision, since Abir matters nothing to her. Nannu believes her and cheers her up. Jasmeet is worried for her son’s happiness. Nannu tells that even he doesn’t care of Abir. Kuhu scolds Kunal for plotting everything and getting Abir home. She tells him that he can’t hurt her family this way. She asks what does Abir want. Abir tells her that he wants another chance to win Mishti. She tells him that Mishti doesn’t love Nannu, but he loves her a lot. Abir gets happy with the surprising news.

He asks Kuhu to please help her in meeting Mishti and apologizing to her. Nannu tells Mishti that Abir is chasing her knowing he can’t get her. Mishti tells him that Abir isn’t such a guy to claim her as some property. She feels she has to move on with Nannu, since she has promised Vishwamber. She is disheartened that Abir realized his mistake so late. Abir and Kunal try to convince Kuhu. She agrees to play cupid for Abir and Mishti. Abir is worried that Meenakshi heard his plan. Kunal asks Abir to tell the complete truth to Kuhu.

Abir changes the topic and doesn’t tell the truth. Kuhu gets Meenakshi to the market to meet Abir. Meenakshi creates a havoc by calling the police home. She wants Parul to get arrested. She tells inspector that Mehul was responsible for the scam and even Parul was involved in it. She asks him to arrest Parul and take her away. Abir and Kunal get a huge shock.