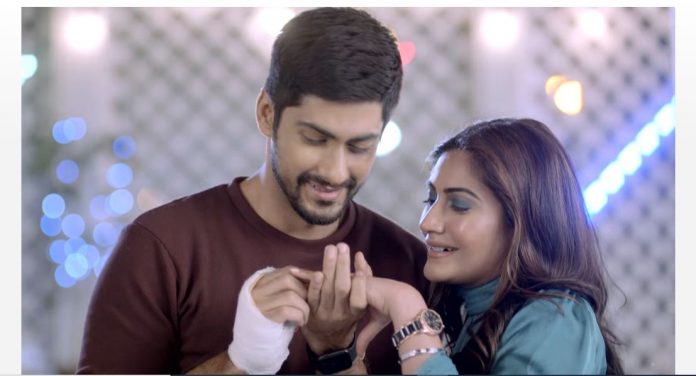 Sanjivani Hotstar New Story Vardaan track ends Sid and Ishani become Vardaan’s target. Sid gets shot dead. Vardaan appears from nowhere and tells Ishani that Sid is dead. He welcomes her into his evil trap. He starts blaming Ishani for shooting down Sid being in rage over their broken love story. Ishani asks him if he has gone mad to blame her. He tells her that he has enough evidences to frame her into the crime. He is quite serious to send her behind the bars. He tells her that once she goes to jail, he will target Anjali. She asks him why is he taking revenge on them. He admits that he wanted revenge on Shashank, who died soon, so now he wants revenge on Shashank’s children. He tells his entire plan.

He also admits that he tried to defame Sid and ruin his career, since Sid is Shashank’s son. He tells her that he doesn’t want Sid to become the CEO of the hospital. He wants to get the CEO post for himself. He tells that he killed Sid to fulfill his revenge. He tells about his promise given to his late sister. Ishani laughs on him. Vardaan thinks she has lost her mind seeing Sid dead. Ishani asks Sid to pull down the curtain on his fake death drama. Sid gets up laughing on Vardaan. Ishani tells Vardaan that they knew his evil plan and already made a defensive plan. She tells that now they hold solid evidence against Vardaan.

Sid swears to get Vardaan punished. He tells Vardaan that his revenge won’t get fulfilled. Vardaan loses his cool on hearing their smart plan. Ishani sends their location to the police. Vardaan overpowers to attack them. Sid and Vardaan have a big fight. Police reaches there after Ishani contacts them with difficulty. Police arrests Vardaan. Sid and Ishani finally get rid of cunning conspiring Vardaan. Ishani gives the recording proof to the police. Roshni is stressed about Sid. Sid and Ishani come home. Sid apologizes to Roshni for his misbehavior. Roshni is glad that Sid accepted the truth. Sid is thankful to Ishani for uniting him with his mum. He thinks to propose Ishani.

He gets an idea and invites her home for a coffee date. Sid confesses his love to her. Ishani gets surprised since she was awaiting his proposal. He proposes her for marriage. She happily reciprocates his love and accepts the proposal. Sid and Ishani start their life’s new phase in Sanjivani. Sid resumes his duty. Juhi welcomes him with all the due respect. She is glad to have him on the team panel again. Sid decides to talk to Anjali, who keeps herself alienated. Anjali finds hard to accept Vardaan’s cheat. She is disheartened by the ugly truth.