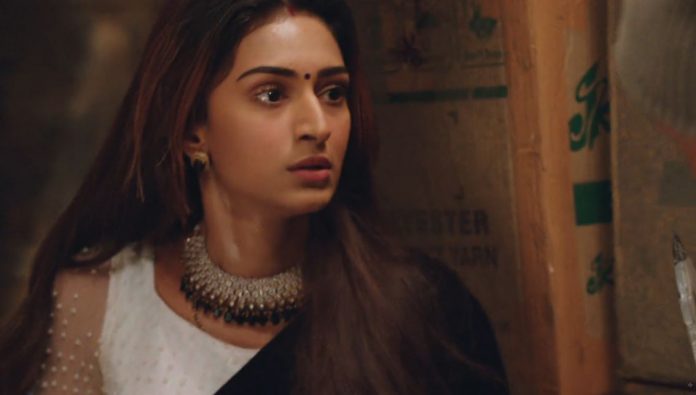 Kasauti Zindagi Kay Tonight Prerna faces deadly twist Anurag makes a plan to find Prerna soon. He makes teams to search for Prerna. Shekhar, Shivani, Anupam and Viraj also help Anurag. Prerna is scared when she finds one of the goons turning madly eager to kill her. She doesn’t want anyone to harm her child. Jagga asks the goons not to hurt Prerna, since he has to handover Prerna to his boss, who would be paying all of them for the hard work. Prerna gets a doubt that Komolika is their boss. She struggles to get free. She doesn’t want Komolika to harm her baby. Komolika wants Prerna to die soon.

Suman tells Veena that the kidnapping is done for the motive of revenge, there would be strong enmity that became a reason for the kidnapping. She tells that they would have got a ransom call if anyone wanted to keep their demands. Moloy and Veena feel the same. Komolika tells that Prerna would have invited enmity from others. Moloy gets the commissioner’s call. He gets the good news that police is close to find Jagga and also reach Prerna soon. Moloy doubts on Viraj who passed the wrong number of the vehicle. He thinks Viraj did some mistake.

Moloy tells Veena that Prerna will be with them soon. Komolika doesn’t want Jagga to get caught. She goes to call Jagga. She wanted to kill Prerna herself after seeing the fear in her eyes and enjoy the sight. She feels helpless that she can’t go to Prerna right now. She doesn’t want Anurag to see her. She feels Anurag loves Prerna and will rescue her. She fears to lose Anurag. Veena prays that Prerna stays fine and comes back soon. Jagga and the goons stay outside, while the psycho guy wants to kill Prerna. Komolika calls Jagga, but the psycho guy answers the call. She wants Prerna dead, so that Anurag fails.

The psychotic guy gets happy to get a chance to kill someone. Anurag gets in a dilemma on the cross road to take the next route. He gets Prerna’s anklet and understand that she left the clue. He finds a way to proceed. Anurag and Viraj soon reach the goons’ hideout. They go to find Prerna. Mohini gets mad on Moloy, who doesn’t care for her. She tells that Moloy is just worried for Prerna. Nivedita understands her anger. She tells that even Anupam is too worried for Prerna. Mohini suspects that Veena planned the kidnapping to bring Anurag and Prerna closer.

The psycho guy asks Prerna to run for her life. He tells that he will attack her. He wants to kill her. Prerna finds him totally insane. She defends his attacks. He goes to kill her child in womb. She bashes him up. Jagga gets alert. Prerna hides from Jagga. The goons soon catch Prerna. Komolika and Ronit reach there to stop Anurag from reaching Prerna. They rush to kill Prerna. Prerna faces a deadly twist when she is pushed down the cliff, while Anurag watches her helplessly. Will Anurag be able to save his love? Keep reading.