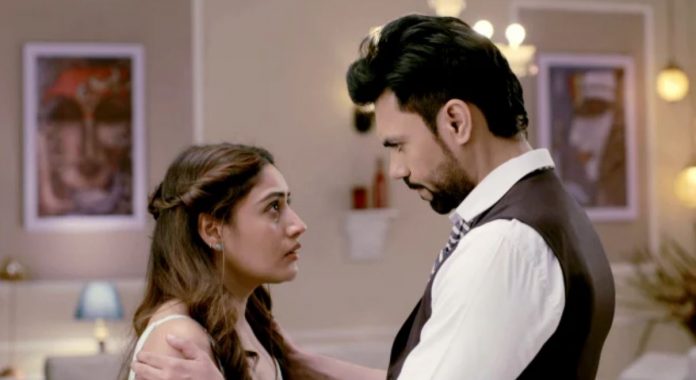 Sanjivani New entry Ishani saves her husband’s life After Sid leaves Ishani and breaks the vows of love, Ishani sinks in depression. The story goes three years ahead. Ishani is seen married to a rich businessman Navratan Singh/NV, who has rebuilt Sanjivani from scratch. NV has one motive, that’s to get Ishani successful. He wants Ishani to get the credit for her talents. He wishes the best for her. He gets adamant to get Ishani to Sanjivani. She feels everything burnt and there isn’t anything left for her in Sanjivani.

She recalls her good memories with Shashank, Sid and friends. She tells NV that she can’t join Sanjivani again, she isn’t talented, she isn’t a doctor any more. He knows that medical duty is in her blood and she is immensely talented. He wants her to break her fears boundaries and get free like before. He knows she is meant to save lives. Ishani runs away from Sanjivani. She goes to a temple and meets Dadi. Dadi blesses Ishani. She tells about Ishani and NV’s marriage. Ishani tells Dadi that the marriage is hurting her. Dadi wants to know what did NV do.

Ishani tells her that NV is forcing her to join Sanjivani. Dadi takes her home. They find the house filled with roses. Dadi and Ishani throw the roses out. NV takes a big risk and puts himself in danger. He suffers because of the allergy. He tells that he will just get treated by Ishani. Ishani gets helpless to treat him. NV tells her that she is still a doctor. He takes her to Sanjivani and gives her the medical coat. He welcomes Ishani into her new life.

NV returns the bulk roses and also pays the man. Dadi asks him why did he take big risk by getting roses home. NV tells her that he got rewarded also. Ishani removes the coat. She doesn’t feel deserving of it. Dadi asks NV not to lose ever. NV wants to motivate Ishani. He assigns her a patient. NV and Ishani aren’t happy in their marriage.