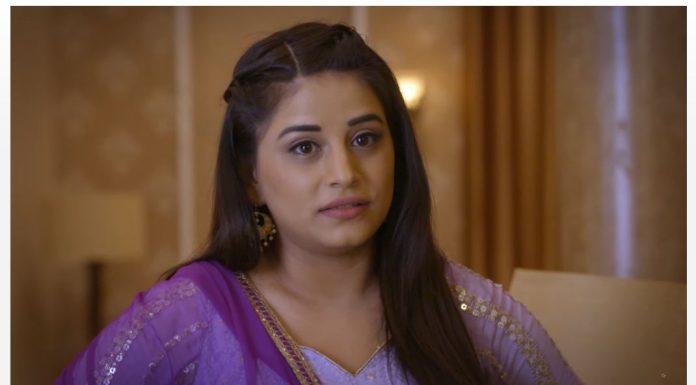 Nimki Vidhayak peak journey to CM election winner Ganga gives an interview. She acts good and tells that the party members will together decide the next CM. She tells that even when she is the head of the party, she will give a right to her ministers, she will not take any step against them. She tells that the result will be out soon. Nimki finds her cleanly lying. She also acts in front of Ganga. She tells that she wanted everyone to congratulate her for the ministry, but some party members don’t want this. She tells that Hanuman was asking her support to become the CM. She adds that Hanuman is spreading the news against Ganga, he is spoiling her name, knowing Ganga will giving the home ministry to Mishra.

She gives her an idea and asks Ganga to elect her falsely. She tells that she will pass he honor to Ganga. Ganga likes the idea. She gets tricked. She asks Nimki to contest as the CM. She tells Nimki to take her name on the stage and withdraw. Nimki fools her saying she worships Ganga Devi. She agrees to step back on time. Ganga thinks she will be becoming the CM again. Nimki wants to cheat her. Anaro recalls her old days. She misses the family. Dadi tells Anaro that she doesn’t want to fight. She tells that Babbu and Mintu are same. She decides to stay well with Anaro and keep Mintu happy. She tells that Nimki will take care of Babbu.

Anaro tells that Nimki has killed him. Dadi asks what is she saying. Anaro doesn’t want to talk to her. Nimki tells Hanuman to choose any candidate for the elections so that he can win the CM post. Hanuman also chooses Nimki as the candidate. Nimki divides and rules. Nimki gets the support from majority. She becomes the new CM and vows to ruin Ganga. Ganga realizes Nimki’s big plan. What will Ganga do now? Keep reading.

Best comment by Shamim:
I simply love Nimki and the story that is unfolding. Teaching people to mend their mistakes.