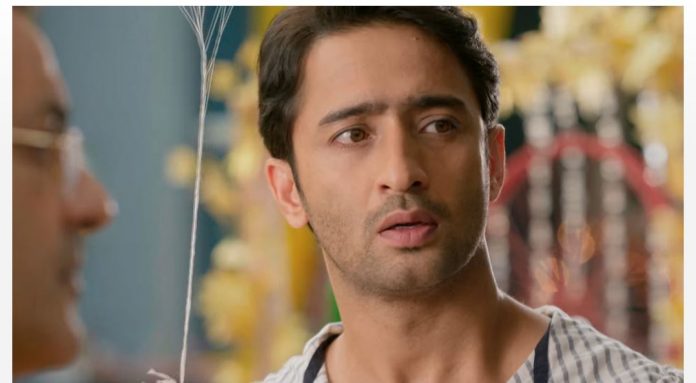 Rishtey Pyar Ke Starplus High voltage wedding drama Abir Nannu battle for Mishti Abir tells Kunal and Nanu that he has spoken to Mishti, but she asked for some time to think. Mishti calls him for a meet. Nannu meets Meenakshi due to his increasing insecurity. He joins hands with Meenakshi. He wants Abir and Mishti to part ways for once and all. He asks Meenakshi to help him in his aim. She tells him that he came late, but still she has a solution. He tells her that she has to promise that she will stop Abir from gatecrashing his marriage. She tells that Abir isn’t in her control. He tells that he loves Mishti a lot, Mishti deserves happiness, which she will never find with Abir. He wants to protect Mishti from sorrow.

She tells him that she will end Mishti and Abir’s story. She asks his promise that he will marry Mishti and go away to London. Nannu promises to take Mishti much far from Abir. Mishti meets Abir and apologizes to him. She asks him why did he get so late in confessing the truth. Abir also regrets on his actions. She tells him that she can’t cheat Nannu and family. She doesn’t want to make any promise to Abir. She feels Nannu will be much hurt if she plays with his emotions. She remembers her promise to Nannu.

She can’t break her family’s hope. She tells that she is going to marry Nannu. He feels sorry and asks for a chance. She tells that if Nannu knew his truth, then he would have helped them. Abir doesn’t tell the truth that he already told the matter to Nannu. He doesn’t want Mishti to lose a friend after knowing the truth. He assures that he will talk to Vishwamber. He promises to unite with her. Abir thinks why didn’t Nannu tell her the truth. He guesses that even Nannu loves Mishti. Parul wishes Abir all the best. Nanu gives his wife’s dupatta for Mishti with blessings. He asks Abir to win the bride and come. Kunal accompanies Abir to Maheshwari house.

Abir prepares to meet Mishti. Mishti gets decked up for her haldi ceremony. Kunal advises Mishti to just go with the flow, since destiny will set everything right. Abir makes an entry and leaves everyone upset. Jasmeet reacts angrily. Abir apologizes to Mishti and Vishwamber. He reveals that he broke up with Mishti for the sake of his family. He asks Vishwamber to not force Mishti to marry Nannu. He declares that he loves Mishti and she loves him. Vishwamber is speechless. Kunal tells that Abir will tell the reason for the break up.

Vishwamber gives a final chance to Abir to convince them if he can. Nannu interrupts Abir. He comes home in a drunken state by following Meenakshi’s plan to put Mishti in guilt. Mishti feels responsible for Nannu’s state. Jasmeet creates a huge scene and blames Mishti. Mishti decides to leave Abir forever. She wants to marry Nannu, who is getting addicted to alcohol once again. Mishti can’t do injustice with Nannu. Abir realizes Nannu’s plan. He decides to expose Nannu’s truth to Maheshwaris.