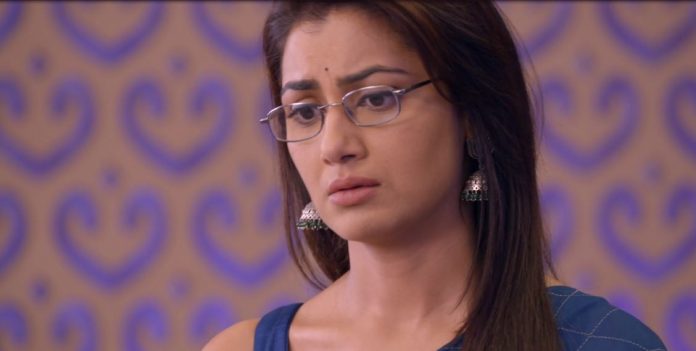 Kumkum Bhagya Sorrowful Pragya Abhi hugely missed Aaliya threatens Sanju. He tells her that she has saved him and is now threatening him. He tells that he may name Rhea in front of Abhi. She tries to bribe him. He tells that he is very rich and doesn’t need money. She tells him that she will help him in taking revenge on Prachi. She adds that Abhi will never believe him if he names Rhea. She wants him to get away from the city for a while. He tells that Ranbir loves Prachi and they will get more closer if he goes away. Rhea feels bad on hearing him. Ranbir and Prachi have a moment while she takes care of his injury.

Their cute banter goes on. They have sweet moments. Pragya misses Abhi. She wants to meet Abhi. She thinks to take Ranbir and Prachi along. Prachi complains about Ranbir. Pragya takes his side. Ranbir asks Pragya to scold Prachi. Pallavi takes Prachi’s side and likes her a lot. Pragya tells Ranbir that they will go for having coffee. Ranbir asks if they will take the family along. Dida gets jealous that Pragya is taking her place in his life. Ranbir asks Dida not to grow jealous. Sarita tells them that Pragya was secretly meeting someone. Pragya gets worried. Vikram agrees to go for the coffee.

Pragya calls Prachi quickly. Abhi and Purab miss to catch Sanju. Abhi doesn’t want to spare Sanju next time. He waits for Pragya. Pragya arrives at the cafe to meet Abhi. She gets Kohlis and her family along. Prachi and Ranbir go to book the table. Pragya looks for Abhi. Ranbir tells Pragya that Vikram and Pallavi would be coming after parking the car. Ranbir goes to help Vikram in the parking lot. Pragya is upset that she couldn’t meet Abhi. Purab rushes for his meeting. He wants Abhi to meet Pragya. Abhi meets Prachi. He learns that she has come with her family.

Prachi tells that Kohlis are also accompanying. She tells that her mum is disturbed and wanted to have an outing. Abhi apologizes that he couldn’t catch Sanju. Prachi asks him to meet her mum. Abhi thinks to message Pragya if she calls. Pragya learns that Mr. Mehra is also at the same cafe. Pragya awaits Abhi. Abhi sees a lovely couple and misses Pragya. Abhi doesn’t meet Prachi’s mother and runs away to meet Pragya. Abhi and Pragya have a hit and miss again. Sanju tells Aaliya that he is scared of Abhi’s angry side. Rhea vents anger on Sanju. She blames him for failing her plans.

She tells Aaliya that Sanju is the one responsible for bringing Ranbir and Prachi closer. She is sure that Ranbir doesn’t love Prachi. She tells that Prachi is after Ranbir’s money. She praises Ranbir. He gets angered. He asks Rhea to control Ranbir. They argue and anger Aaliya. Aaliya finds Abhi’s car arriving. She asks Sanju to take Rhea at knife point to act in front of Abhi. Abhi gets worried for Rhea.

Aaliya saves Sanju again. Sarita praises Ranbir. Dida scolds Vikram. Pragya is lost in her thoughts. Purab finishes his meeting. Pragya looks for Abhi in the hotel. Purab calls Pragya and Abhi. Abhi doesn’t answer. Pragya learns that Abhi is waiting for her. Ranbir and Prachi have a romantic moment. Pragya awaits Abhi. She learns that he left. She realizes that he went for some work after waiting for her. Pragya turns too upset. Will Abhi and Pragya meet ever? Keep reading.

Where are Priyanka and Rishi gone? They just left their drama in the middle. Nobody in Priyanka’s family is trying to find her. Really Abhi and Pragya’s unawareness about the other daughter is being dragged a lot. They have met so many times but they don’t have each others phone number. And who doesn’t have profile pic on phone number these days.